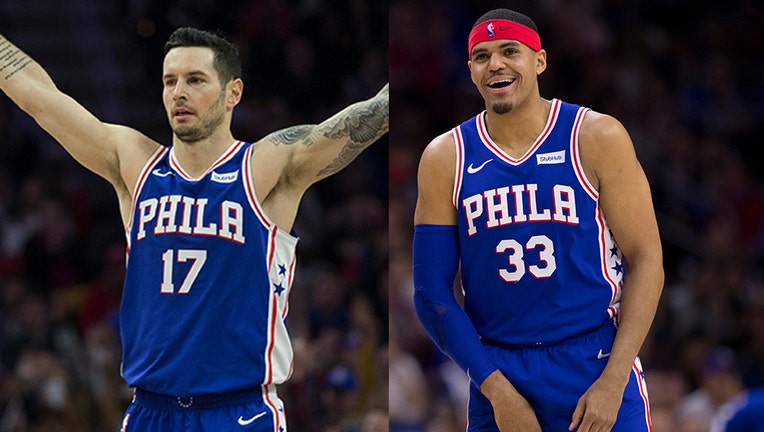 In a tweet shared Sunday evening, the Philadelphia 76ers would neither confirm or deny the report.

Free agent Tobias Harris, who the team acquired in a trade during the season, is reported to have agreed to a five-year, $180 million contract.

"From the trade to the Sixers in February, through the regular season and playoffs and now on to free agency, this contract is a culmination of so much in my life and basketball career," Harris wrote in an essay published on ESPN.com after he agreed to a five-year, $180 million contract. "It's also a new beginning."

Forward Mike Scott, who came in the same mid-season trade along with Harris, reportedly agreed to a 2-year deal with the Sixers worth nearly $10 million.

Stay with FOX29.com for the latest updates.