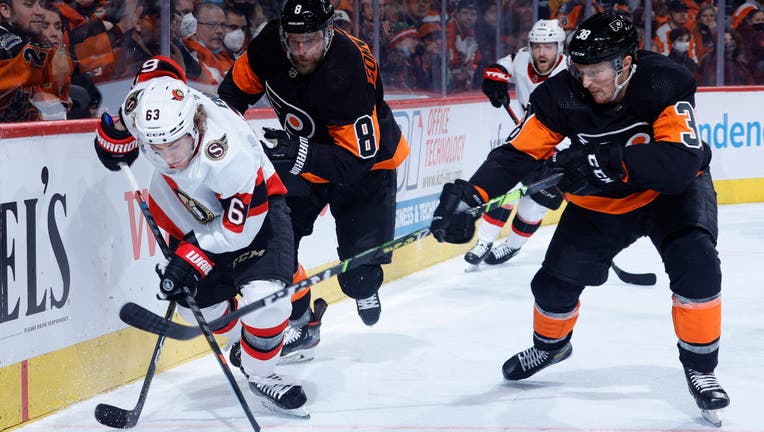 PHILADELPHIA, PENNSYLVANIA - DECEMBER 18: Tyler Ennis #63 of the Ottawa Senators skates between Kevin Connauton #8 (L) and Patrick Brown #38 of the Philadelphia Flyers during the third period at Wells Fargo Center on December 18, 2021 in Philadelphia

PHILADELPHIA - Travis Sanheim scored 1:35 into overtime and also had an assist to lead the Philadelphia Flyers to a 4-3 victory over the Ottawa Senators on Saturday night.

Claude Giroux, Oskar Lindblom and Joel Farabee also scored for the Flyers, who have won four of five.

Giroux moved into a tie for second on the franchise’s all-time scoring list. Backup goalie Martin Jones started in place of Carter Hart, who missed the contest due to a non-COVID illness, and made 28 saves.