PHILADELPHIA - The Buffalo Sabres lost a hockey game on Thursday night. They can only hope that is the extent of the damage that they suffered in Philadelphia.

With the NHL's second-leading goal scorer Jack Eichel a late scratch with an upper body injury, Buffalo saw James van Riemsdyk score twice and the Flyers take advantage of some sloppy defense and a strong power play to beat the short-handed Sabres 6-1. 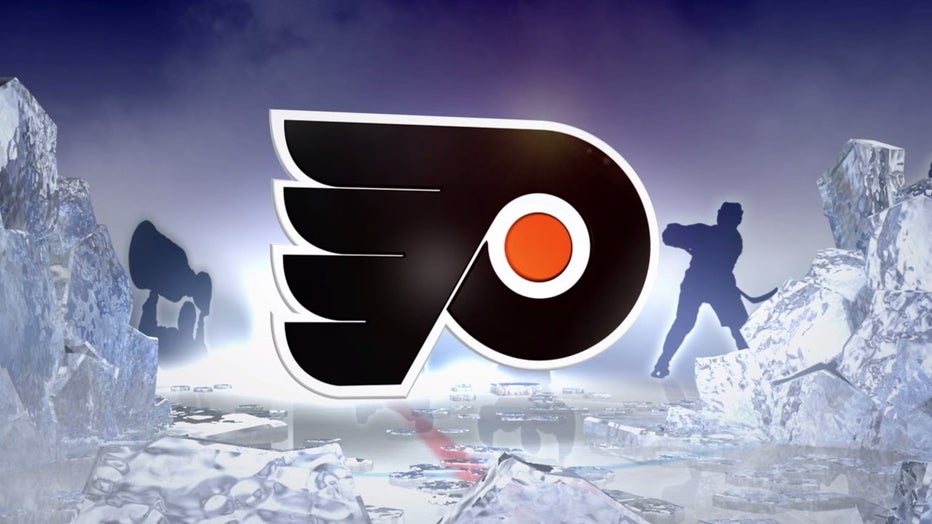 Eichel -- Buffalo's captain who has 24 goals and 50 points in 35 games -- was participating in warm-ups ahead of Thursday's game before being scrateched just 10 minutes prior to face-off with an upper body injury. Sabres head coach Ralph Krueger would not elaborate on the extent or cause of Eichel injury during his post-game press conference.

"We will fill you in more tomorrow," Krueger said. "At the moment, it was something involved during the warm-ups. Let's not speak on the specifics right now and we'll inform you when we assess the situation."

The scratch put an end to Eichel's 17-game point scoring streak -- the league's longest this season -- because the NHL does not allow point streaks to continue because of missed games. Eichel's point scoring streak fell one short of the Sabres' franchise record of 18 games set by Gilbert Perreault, who scored in 18 straight games from Oct. 24 to Dec. 4, 1971. Eichel's streak is tied with Dave Andreychuk, who twice had scored in 17 straight games for the Sabres.

The night got worse from there for Buffalo, who deflected three shots past goaltender Carter Hutton to assist the Philadelphia rout.

"From everybody, up and down, nobody played a good game tonight," Sabres winger Kyle Okposo said. "And that's frustrating. Obviously losing Jack right before the game, that's a time for guys to step up and nobody did it."

Van Riemsdyk recorded his second two-goal game of the season. Mikhail Vorobyev, Matt Niskanen, Ivan Provorov and Tyler Pitlick were credited with goals for Philadelphia, who put 29 shots on Hutton in the victory. The Flyers were 3 for 5 with the man advantage Thursday.

On the opposite end, Flyers goaltender Carter Hart saw light action during a 16-save performance.

Victor Olofsson added his 15th goal midway through the third period for the Sabres, preventing the shutout. Hutton finished with 23 saves.

Philadelphia scored three times in a four-minute stretch midway through the first period. Vorobyev's centering pass to a cutting Shayne Gostisbehere hit the stick of Connor Sheary -- the late addition to the Buffalo lineup when Eichel was scratched -- before sliding into the right side of the net for a 1-0 Flyers lead.

Van Riemsdyk made it 2-0 when he was able to bounce the puck off his skate and into the empty side of the net. After a failed challenge by Krueger for goaltender interference on the van Riemsdyk goal, Niskanen added a power-play tally a minute and a half later when he found an open net on a one-timer following a drop pass from Kevin Hayes.

"That was a huge point in the game for us," Flyers coach Alain Vigneault said.

Provorov added a second power-play goal on a wrist shot from the point, scoring past a screened Hutton. A minute later, Pitlick was credited with his third goal of the year when Sabres defenseman Henri Jokiharju deflected a rebound back into the net with his stick.

Van Riemsdyk's second goal was the third Philadelphia power-play goal of the game, deflecting off the skate of Sabres defenseman Rasmus Ristolainen.

"I think both my goals weren't even shots on net," Van Riemsdyk said. "So just funny the way things go like that sometimes. I think our line the last few games has done a good job of playing off each other. It seems to be some good chemistry there. We're spending some good time in the offensive zone and getting a lot of time down there. And try to make some plays and make some simple plays at the net. I think we're getting rewarded for some of those."

NOTES: Flyers forward Oskar Lindblom -- diagnosed with a rare form of cancer on Dec. 13 -- issued his first public statement about his condition via his Instagram account. "The last week has been very challenging for me, but I'm so happy for all the love and strength you all are giving me on this journey," Lindblom said. "The support has been unreal and we are so thankful for everything -- big thanks to all of you, it means a lot." Lindblom, 23, has been diagnosed with Ewing's sarcoma, a cancer of the bone or the soft tissue. He is undergoing chemotherapy and will miss the rest of the season. . Eichel's point scoring streak fell one short of the Sabres' franchise record of 18 games set by Gilbert Perreault, who scored in 18 straight games from Oct. 24 to Dec. 4, 1971. Eichel's streak is tied with Dave Andreychuk, who twice had scored in 17 straight games for the Sabres. . Philadelphia is now 12-2-4 at home this season. . Olofsson's 15 goals leads all NHL rookies. He now has a five-game point scoring streak.