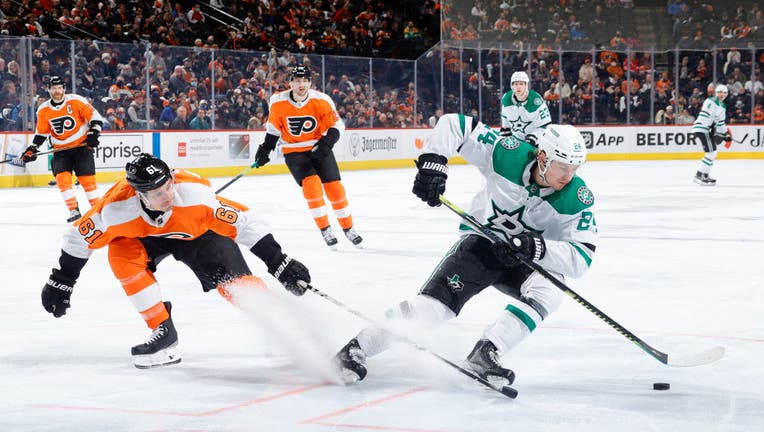 PHILADELPHIA, PENNSYLVANIA - JANUARY 24: Roope Hintz #24 of the Dallas Stars skates with the puck past Justin Braun #61 of the Philadelphia Flyers during the third period at Wells Fargo Center on January 24, 2022 in Philadelphia, Pennsylvania. (Photo

PHILADELPHIA - Keith Yandle tied the NHL record for consecutive games played with 964 and the Philadelphia Flyers tied a franchise record with their 12th straight winless game, losing 3-1 to the Dallas Stars on Monday night.

Jacob Peterson scored the go-ahead goal with 3:25 left and Joe Pavelski added an empty-netter to seal the win.

The Flyers have lost all 12 games over that span, matching a mark for futility set during the 1998-99 season when they lost eight games and tied four over a 12-game stretch. There are no ties to save them from this indignity.

The Flyers can hit their all-time worst streak — and Yandle can take his spot in history — on the road Tuesday against the New York Islanders.