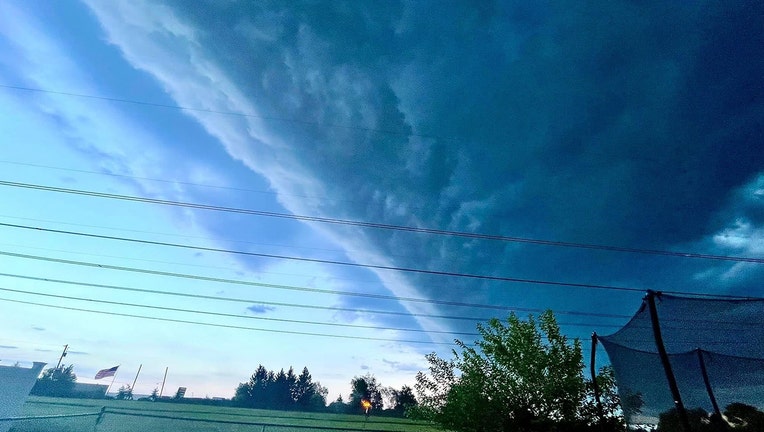 PHILADELPHIA - Residents of the northern and western suburbs of Philadelphia flocked to social media Wednesday evening to share photographs of apocalyptic cloud formations that filled the sky.

Known as shelf clouds, these most often form along the leading edge of an intense line of thunderstorms. They are low-hanging clouds that have a well-defined wedge-shaped appearance.

A shelf cloud is often accompanied by gusts of wind, with the precipitation (rain, hail or both) then following on its heels.

Shelf clouds are not tornadoes, but they can be indicative of intense thunderstorms with damaging winds. 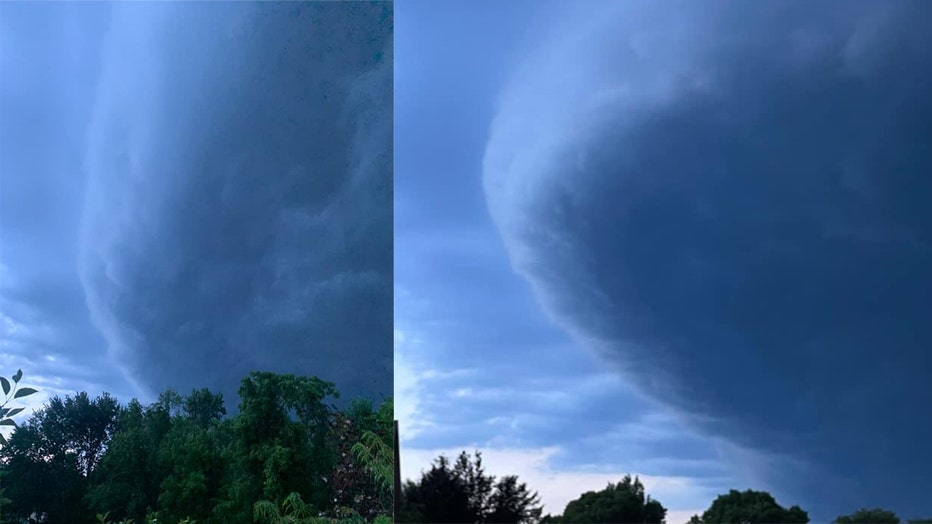 The photo on the left was captured in West Chester, while the photo on the right was taken in Lansdale. (Photos: Staci Dickerson & Kristen Smith Trimble)

As rain-cooled air rushes downward out of the thunderstorms, known as a downdraft, warm air is lifted upward out ahead of the storms to replace that cooler air. When that warm air rises, it condenses and forms the shelf cloud that we all rush outside to snap a photo of for social media.

There were scattered reports of wind damage, including downed trees and power lines, from Wednesday evening’s thunderstorms in parts of Bucks, Chester, Delaware, Montgomery and Philadelphia counties, according to NOAA’s Storm Prediction Center. 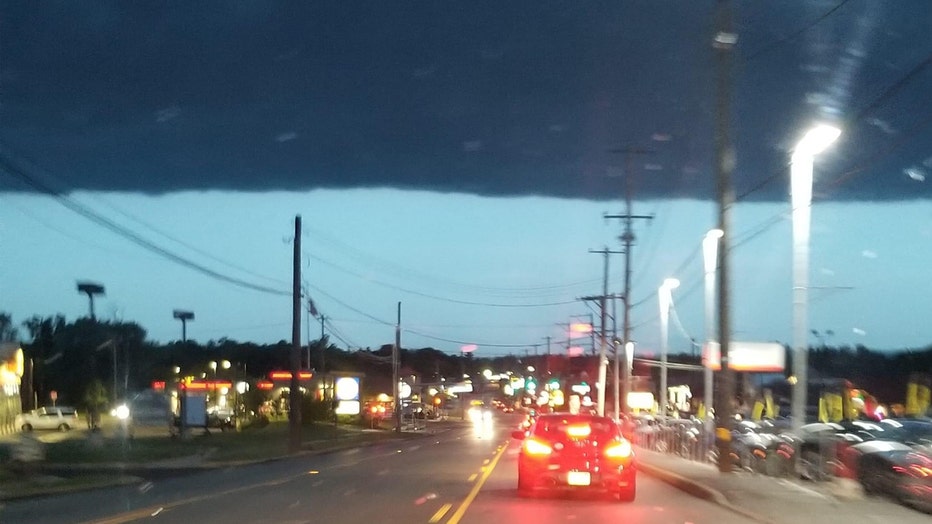