TRENTON, N.J. - Tropical storm warnings have been issued for parts of the tri-state area as Isaias makes its way northward.

The warning means tropical storm-force winds are expected. Forecasters say there is the potential for winds of 45 to 55 mph with gusts to 75 mph from Tuesday morning into Tuesday evening.

Those winds could down trees and power lines.

FOX 29’s Kathy Orr predicts by 2 p.m. Tuesday, Isaias will be moving up through central Delaware and interior South Jersey with gusty winds. The storm will be fast-moving through the area and is expected to move out by early evening Tuesday. 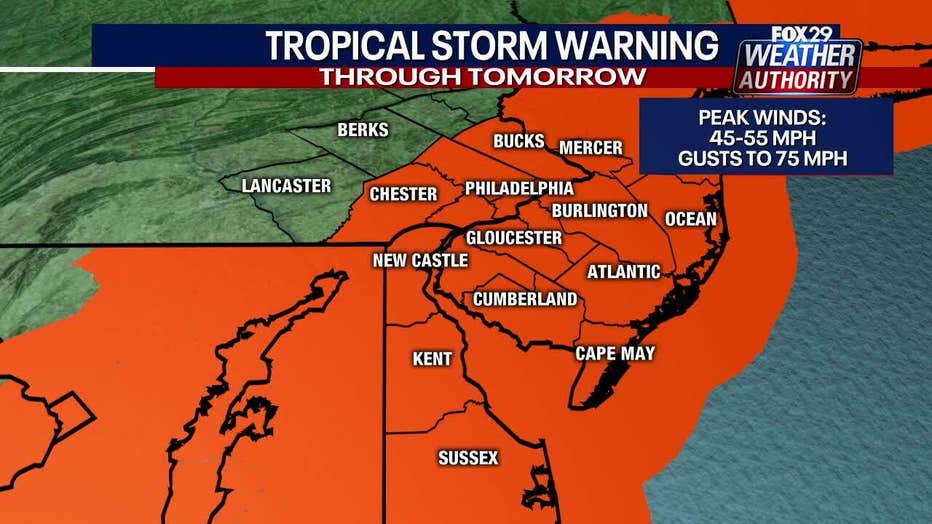 Late Monday, Gov. Phil Murphy declared a statewide state of emergency effective Tuesday at 5 a.m. He advised people to stay off the road unless it is necessary.

The storm could bring as many as 4"-6" of rain, prompting flash flood watches for most of the area.  A storm surge could cause problems until Wednesday morning mainly along the shoreline and in low-lying areas. Isaias is whipping up the waves and there are strong rip currents. Moderate beach erosion is expected. 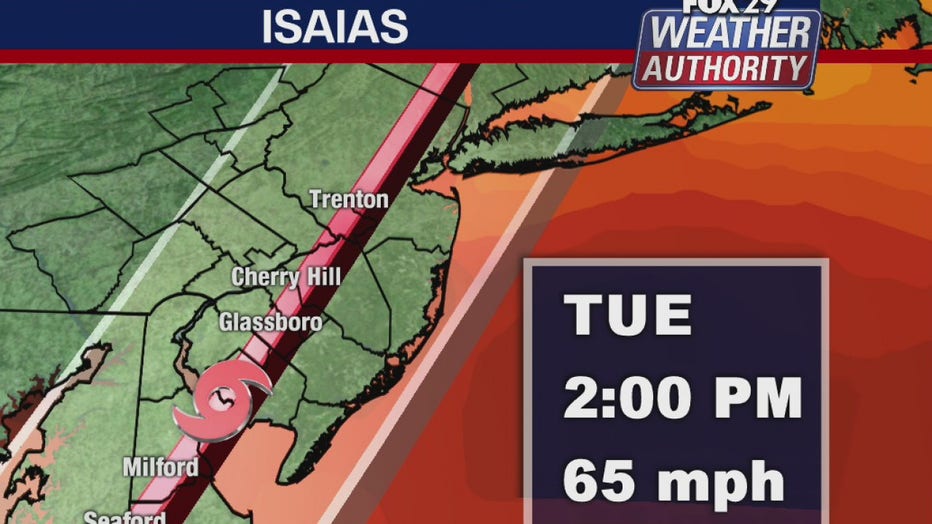 The U.S. National Hurricane Center warned oceanside home dwellers to brace for storm surge up to 5 feet (1.5 meters) and up to 8 inches (20 centimeters) of rain in spots, as Isaias moves up the coast.

RELATED:  Isaias becomes hurricane as it bears down on East Coast — here’s what you need to know | Phillies-Yankees game postponed Tuesday due to Isaias