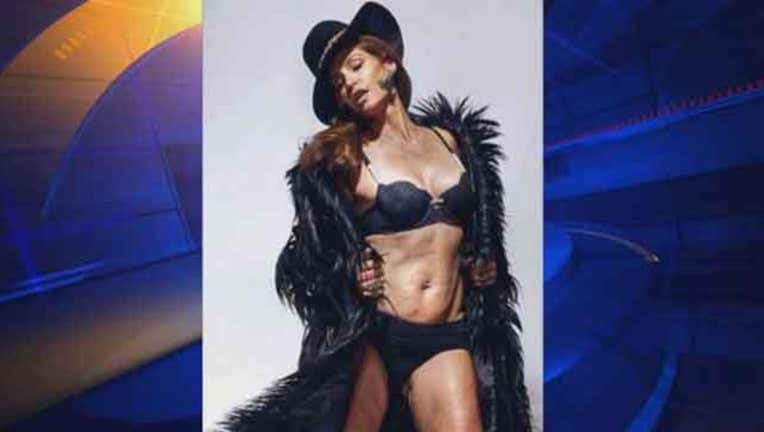 A letter from photographer John Russo's legal team has been sent to The Telegraphand Sunday Telegraph asking for an apology and demanding that the photo be taken down from its websites. It refers to the photo as being "fraudulent" and "significantly doctored/altered.

The 49-year-old married, mother of two teenagers, is seen in black lingerie, a black feather jacket and fedora.

While it might not be the most flattering photo of the beauty who has graced the catwalk and countless magazine covers for decades, it is real, according to Marie Claire.

In a blog post, the magazine says the photo, from a cover photo shoot in December of 2013, was leaked.

Crawford has not commented publicly about the photo that went viral.

Her husband, Rande Gerber, Tweeted a photo of Crawford on Saturday in a bikini, lounging poolside. It is not clear when the photo was taken.