Officials said the buckles on the carriers can break, causing baby to possibly fall out.

WASHINGTON - Approximately 14,000 infant and toddler carriers are being recalled because the buckles can break, posing a possible fall hazard for the child, officials said.

The Infantino Go Forward 4-in-1 Evolved Ergonomic, Flip Front2back and Up Close Newborn infant carriers are under the recall, according to the Consumer Product Safety Commission.

They were sold at Target and other stores nationwide, as well as on Amazon, from November to December 2019 for between $30 and $50. 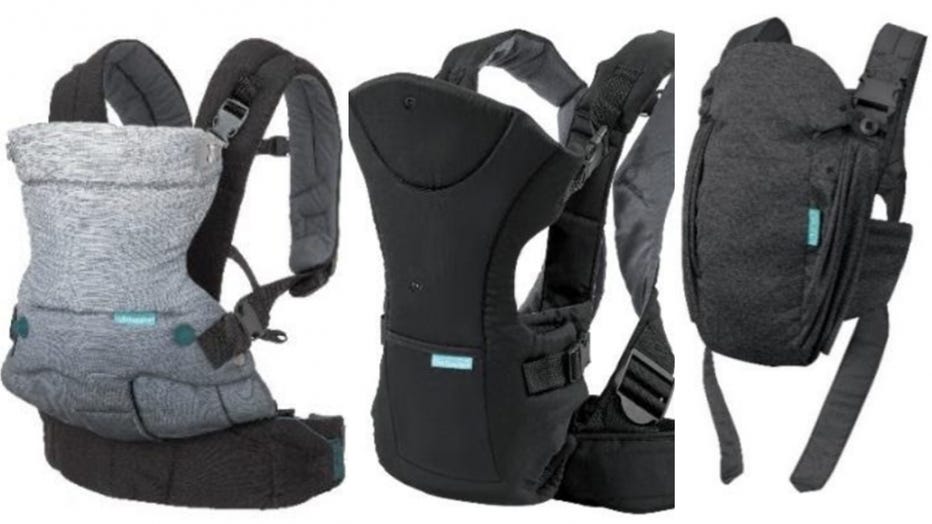 About 14,000 carriers have been recalled, identified as the Infantino Go Forward 4-in-1 Evolved Ergonomic, Flip Front2back and Up Close Newborn infant carriers that were sold between November and December 2019. (Photo credit: Provided / Consumer Prod

The Consumer Product Safety Commission said no injuries have been reported.

Only Infantino carriers with the following four lot codes are included in the recall. Both the product name and lot code can be found on a label sewn into the inside of the carriers.

Consumers were urged to immediately stop using the carriers and contact Infantino for instructions on how to receive a free replacement.

Infantino can be reached at 800-840-4916 from 8 a.m. to 4 p.m. PT Monday through Friday, by email at Recall@infantino.com or online and click on “Recalls” for more information.