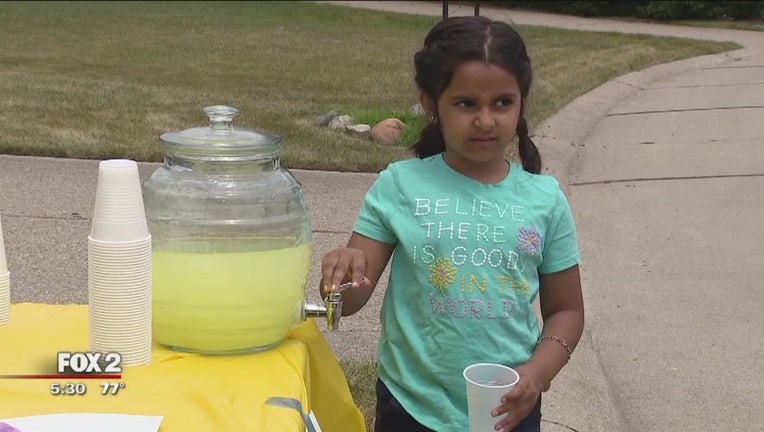 The politics are hotly debated, but the emotion associated with seeing children in detention facilities is pretty much universal.

Five-year-old Emaan Uppal saw the images herself and decided to do something.

"What did you see that made you think 'I should raise money for charity'?" one FOX 2 reporter asked.

"Because kids that are in cages, it makes me feel sad," she said. "So I wanted to do it for my lemonade stand."

The stories of migrant children were devastating, thought provoking and ultimately action-spurring.

"We watch the news all the time," said Meriam Uppal, her mother. "And she looked up and was like 'Mama, why are those kids in cages?' It's a tough question to answer considering she's 5... but I said we should try to help them."

Emaan Uppal is going into the first grade, so a lemonade stand felt like a good fit.

Then she realized what she could do with the money she raised to help other people her age.

"It made me feel proud for her as a 5-year-old and to realize beyond her radius of a world that there are people who are suffering," said Meriam. "She wanted to do something to help them. It made me feel like I'm doing something right."

So far, Emaan has raised about $550. The family has a Facebook campaign, whose proceeds will go to RAICES, a nonprofit that provides free and low-cost legal services to underserved immigrant children, families and refugees.

The fundraiser runs until the end of the month.