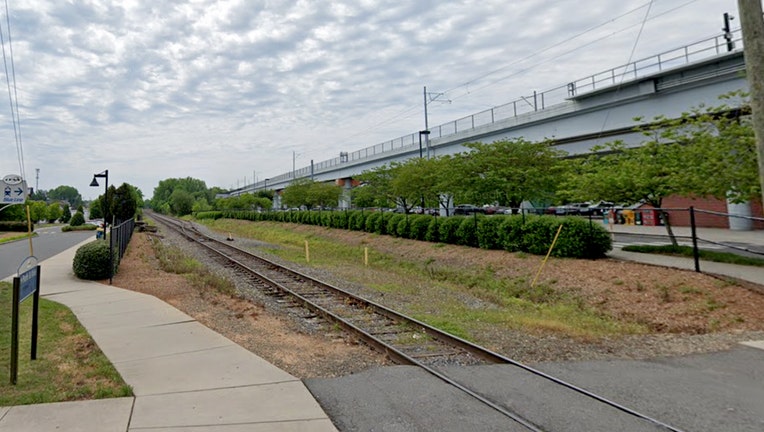 The site on the Blue Line train tracks in Charlotte where three brothers have died within a week.

CHARLOTTE, N.C. - Two brothers were killed by a Blue Line light rail train Tuesday morning in Charlotte, North Carolina, just one week after another one of their brothers was also struck and killed by a train in the same spot, police officials confirmed.

Sgt. Adam Jones, with Charlotte-Mecklenburg Police Department, called the incident "very tragic", revealing that the men were conducting a memorial for their late brother when the tragedy occurred.

"This week they had been memorializing their brother on the one-week anniversary of his death, and they were conducting a memorial out by the site where he was killed, and unfortunately the two brothers were also struck by a train, while they were on foot, and they both succumbed to their injuries pretty quickly," Jones said during a press conference Wednesday.

According to Jones, video evidence suggests that the victims were standing on the tracks when they were struck.

The video also reveals all of the safety features, including the crossing arms, the lights and the horns, appeared to be working properly when the train approached the intersection, according to authorities.

"As the train was approaching, they appeared to look at it before they were struck."

Meanwhile, their brother, identified as 27-year-old Balthazar US was driving in the same location, when he reportedly drove around the crossing arms into the path of an oncoming train.

"Our thoughts and prayers go out to the family. I cannot imagine losing three of your children, three of your siblings within a week to such tragic circumstances," Jones continued.

Since Friday, the city says it has had four fatal crashes with 6 total victims, all of which had "a level of impairment involved." Police suspect this was a contributing factor for both men who were struck Tuesday.

Jones said this "has been a serious issue" the police have been dealing with recently and warned the public not to drink and drive.