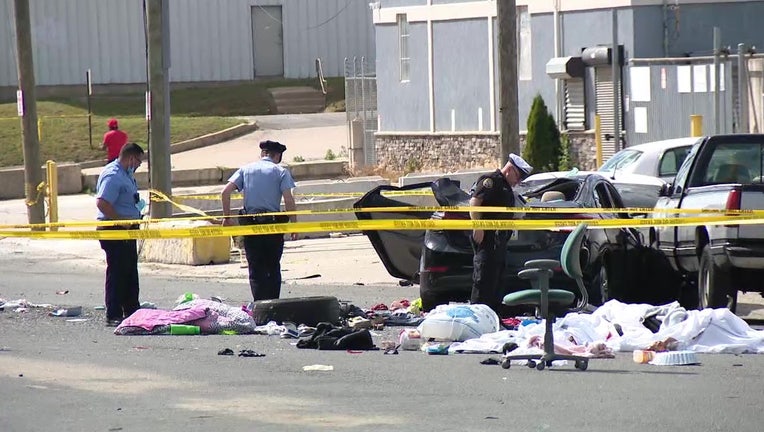 According to police, a Chevy Tahoe flipped over and landed on a Hyundai. Seven people were ejected from the Tahoe. The male driver was pronounced dead on the scene and a female that was a passenger in inside Tahoe was also pronounced dead.

Five children, between the ages of 8 and 14, who were also ejected from the vehicle were taken to Children’s Hospital of Philadelphia and St. Christopher’s Hospital. Four have minor to moderate injuries, while one child has major injuries.

The driver and two passengers in the Hyundai were taken to Jefferson University Hospital with minor injuries.