ATLANTA - Two teenagers were arrested in connection with a shooting that wounded one man in a busy suburban Atlanta mall food court at the height of Christmas shopping season, police said Sunday.

The Cobb County Police Department said surveillance footage and interviews helped identify the suspects as 18-year-old Zaire Dhanoolal and 19-year-old Joweer Ponce, both from Marietta. Dhanoolal was charged with two counts of aggravated assault, while Ponce was charged with reckless conduct and carrying a concealed weapon without a permit, according to the law enforcement statement.

Both suspects were being held at the Cobb County Adult Detention Center, and county police said they were still investigating the mall shooting.

The shooting happened Saturday around 1 p.m. and sent shoppers scrambling at the sound of gunfire that police said began with a verbal dispute. 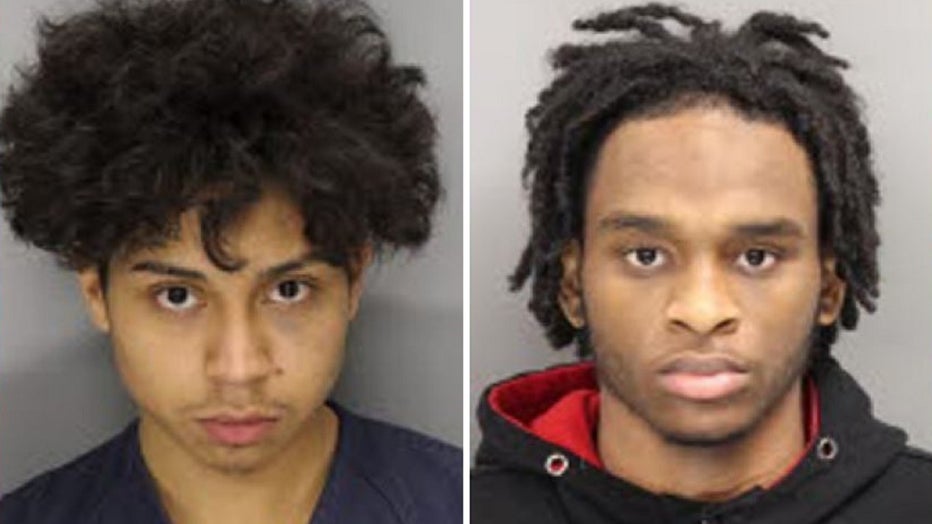 Zaire Dhanoolal and Joweer Ponce were arrested in connection with the Cumberland Mall shooting.

Officials said 18-year-old Ethan Green was shot in the neck and shoulder area and was taken to the hospital for treatment of what they described as “non-life threatening injuries.” The Cobb County Police Department said 21-year-old Anthony Ezell wasn't injured during the shooting, but was considered a victim of aggravated assault because a weapon was pointed at him before Green was shot.

It wasn't immediately clear if either Dhanoolal or Ponce had a lawyer.

Videos posted online showed people with shopping bags running in all directions from the food court after the shooting, with some hiding under counters and tables. Shoppers reported that store employees in some cases told them to hide in stockrooms. Police, upon arriving, evacuated people who were found hiding.

Police said in statements that the shooting was “an isolated incident,” calling it a dispute between people who knew each other. The mall was closed for a time Saturday afternoon following the shooting, but later reopened.

Cumberland Mall, in suburban Cobb County, has more than 1 million square feet of retail space. It's in a busy suburban business district, near where major league baseball's Atlanta Braves play in their new stadium.