The NYPD released video of the man wanted in the case.

NEW YORK - The NYPD says that two employees were stabbed inside the Museum of Modern Art in Manhattan on Saturday afternoon by a 60-year-old man who had recently had his membership revoked.

The man, identified as Gary Cabana, had gone into the museum to see a film but was denied entry due to his membership having been revoked because of previous incidents, the NYPD said at a news conference.

Cabana proceeded to jump over a counter and attacked the two employees, a video released by police showed.

The NYPD updates a stabbing at the Museum of Modern Art that left two employees hospitalized.

The museum was evacuated after the incident.  Due to the investigation 53rd St. between 5th Ave. and 6th Ave. was closed.

A large police presence was seen outside of the doors of the building after the stabbings.

The NYPD carried out a floor-by-floor search but the suspect got away and police began a manhunt outside of the building.  The suspect was a white man wearing a black jacket and a blue surgical mask.

One witness described it as a "stampede of people" trying to get out of the building. 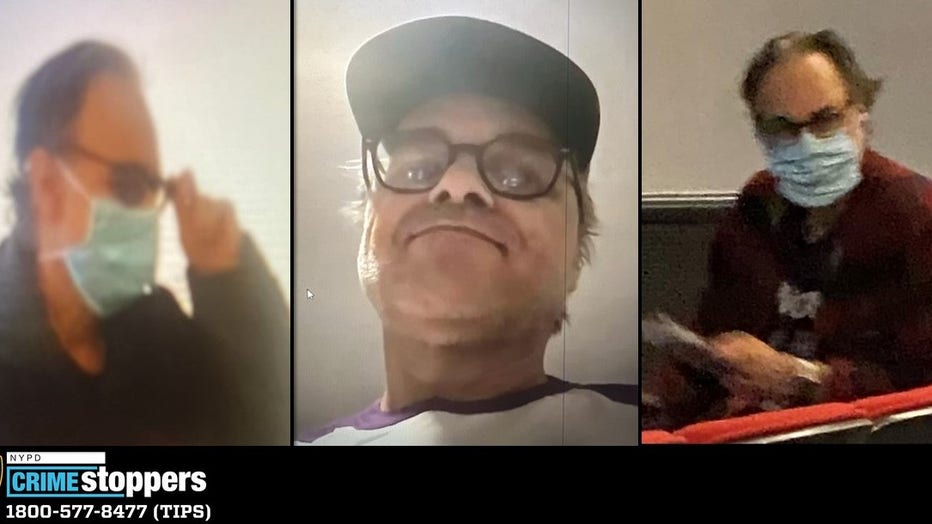 Police said that Cabana was known to them from prior incidents at the museum.  They released photos of him on Saturday evening and the video on Sunday morning.

Mayor Eric Adams was briefed on the incident.  He said that it appeared to be an isolated, criminal incident in a message released by his press secretary.