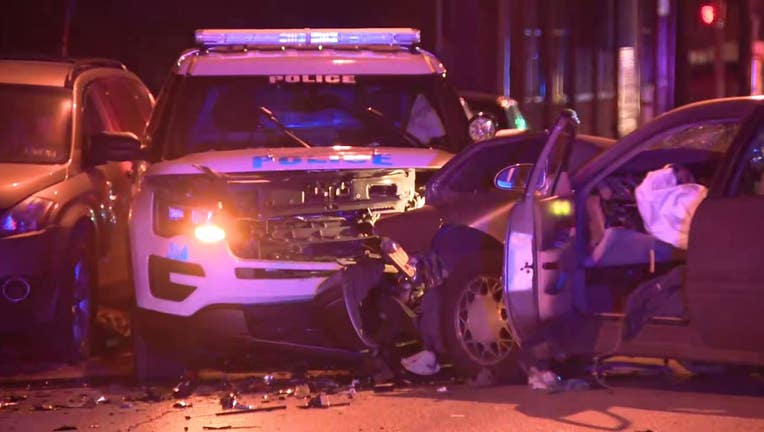 Two Philadelphia police officers and a civilian were injured in a two-vehicle crash overnight.

Police said a sergeant and officer were traveling eastbound when they were struck head-on by a driver who crossed the center lines. The officers were transported to Albert Einstein Medical Center in stable condition.

The driver of the other vehicle was also hospitalized in stable condition.