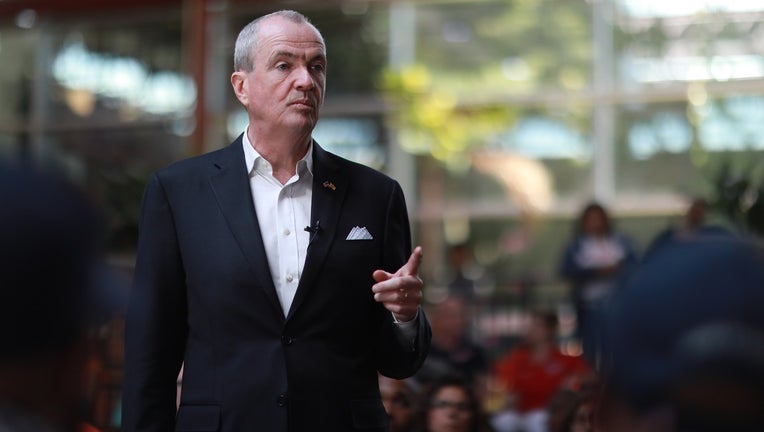 Democratic Gov. Phil Murphy said that one of the rules would mean a 30% reduction in carbon dioxide emissions at electricity-producing plants by 2030.

Murphy announced last year that New Jersey would rejoin the Regional Greenhouse Gas Initiative -- commonly referred to as RGGI -- after Republican Chris Christie pulled the state from the group in 2011.

The cap-and-trade program is made up of nine New England and mid-Atlantic states working to reduce carbon emissions from power plants. Members states can sell their carbon allowances in an online auction, with proceeds going to energy efficiency programs.

Murphy criticized Christie for pulling the state out of the compact and said climate change and sea-level rise makes New Jersey particularly vulnerable.

"New Jersey has reemerged as a national leader in fighting climate change and reentering the Regional Greenhouse Gas Initiative will propel us on a path to 100 percent clean energy by 2050," Murphy said in a news release.

One rule calls for setting an 18 million-ton cap on carbon emissions from the state's power plants in 2020. Figures from the Energy Information Administration show that's roughly the same as 2017.

The second rule creates a framework for involvement in the group, according to the governor. It calls for spending proceeds from carbon-dioxide auctions with an emphasis on projects that would benefit certain communities.

In a statement, initiative said it welcomed New Jersey's rules.

The New Jersey Sierra Club said the state took an "important step" rejoining the initiative but should do more, including pollution reduction in the areas hardest hit by fossil fuel emissions.

RGGI member states are expected to vote on New Jersey's formal reentry into within several months. That would allow the state to participate in the first-quarter auction in March 2020.