Authorities are searching for two men wanted in connection to an incident in North Philadelphia where police say officers came under fire while they were aiding a gunshot victim.

NORTH PHILADELPHIA - Authorities are searching for two men wanted in connection to an incident in North Philadelphia where police say officers were shot at while they were aiding a gunshot victim.

Officers from the Philadelphia Police Department were called to the 1600 block of Cecil B Moore Avenue on Jun. 27 for reports of a shooting.

Responding officers found a 19-year-old man lying on the sidewalk with a gunshot wound to the chest, according to police.

As the officers helped the victim into a patrol car, they allegedly heard gunshots fired towards them and saw a muzzle flash. Officers took cover and did not return fire, according to investigators. 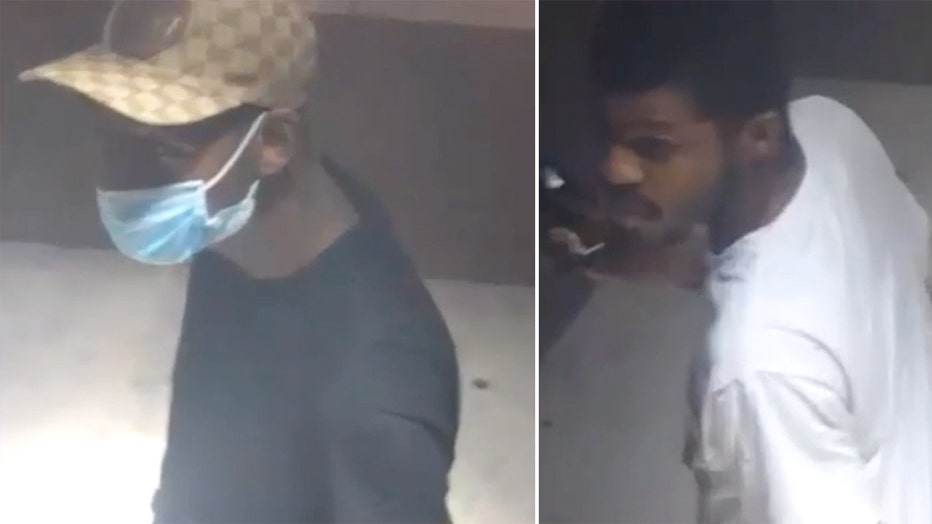 Officers searched the nearby area, but they did not find the suspected shooter.

The shooting victim was taken to Temple Hospital by police in stable condition.

Detectives with the Philadelphia Police Department on Thursday released surveillance footage showing two men wanted in connection to the shooting.

Police describe one of the suspects as a thin man who was wearing a brown designer hat, a black t-shirt, and pants at the time of the shooting. The second suspect has a scruffy beard and mustache and was wearing a white t-shirt during the incident.

Anyone with information on this shooting should contact the Philadelphia Police Department's Central Detectives Division at 215-686-3093.