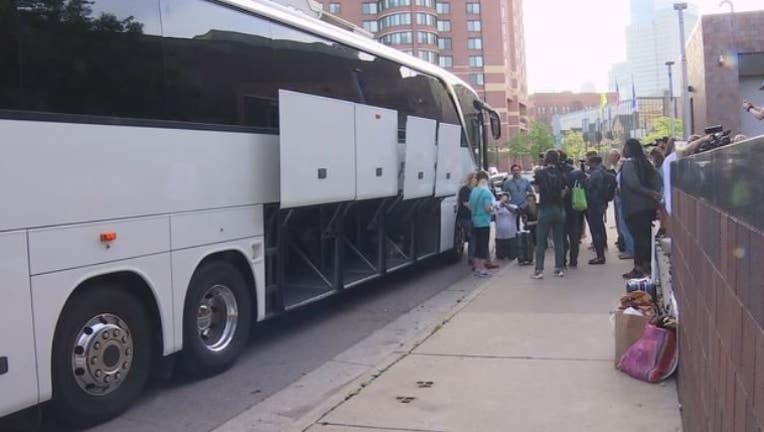 A group of Minnesotans with diabetes recently returned from a long road trip to Canada to buy cheaper insulin.

About a dozen Minnesotans boarded the bus to make the trip as they tried to raise awareness about the rapidly rising costs of the lifesaving drug in the United States.

For many on the journey, this supply will get them through the next few months.

You can buy a 3-month supply for personal use in Canada without a prescription, and it’s considerably cheaper than in Minnesota.

Families on the trip said they’re having to choose between paying their mortgage or buying insulin to keep them alive.

“This one was purchased in Canada for $34 and this one in the United States for $380,” said Deb Souther, who showed FOX 9 the two vials of insulin she needs to live.

One was purchased on the Canada trip and other is what she can buy with her insurance each month for $346 more.

“Here in the United States, people are having to choose between, ‘Do I pay my rent or do I buy my insulin?’” she added.

Souther was one of the people who made the long journey across the border last week to London, Ontario, which is about 2.5 hours west of Toronto, to pick up her 3-month supply of insulin.

Her husband recently changed jobs, and the cost of insulin with their new insurance sets them back nearly $1,000 a month.

“It’s unbelievable that we can just go across the border and get the insulin for this price,” she added. “3 months’ supply and save thousands and thousands of dollars.”

Sarah Ginsberg and her 26-year-old son both have type one diabetes. The increase in the price of insulin has been rising dramatically.

In the U.S., a prescription is needed to buy insulin, and a diabetic is only allowed a certain amount per month, which causes them to ration it out.

Minnesota Senators Amy Klobuchar and Tina Smith have been working on legislation to fix the issue. Smith recently introduced a bill that would set up emergency access in all 50 states.

“This can’t be a long-term solution of, 'let’s just go to Canada. Let’s just go to Mexico.' That’s not feasible,” said Ginsberg. “We need change here in our own country; we should not be relying on another country to keep us alive.”