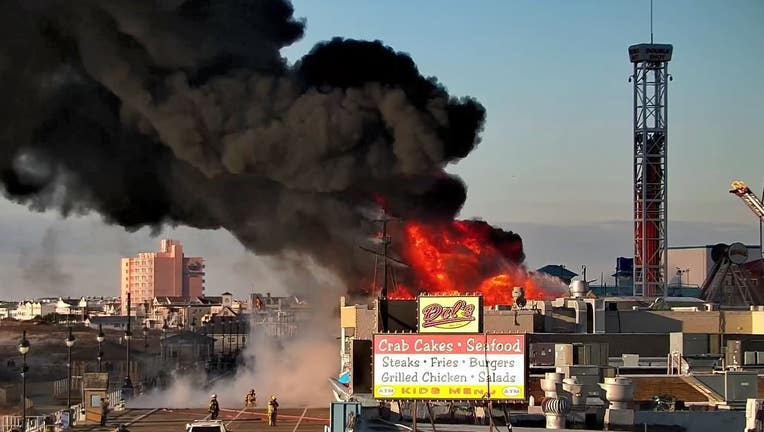 Multiple agencies completed the investigation and found the fire started from an undetermined electrical source near the front of the building.

Upon arrival, firefighters initiated a full response as a fire quickly advanced through a structure that included the Playland’s Castaway Cove arcade and offices, Hamburger Construction Company and Dairy Queen.

Altogether eight fire companies responded to the fire, which was placed under control hours later.

The outdoor area of the amusement park, including the ride attractions, was not damaged by the fire. The owner has stated that he will be able to open the park while rebuilding the structure.

4-alarm fire breaks out on boardwalk in Ocean City, N.J.