4-alarm fire breaks out on boardwalk in Ocean City

FOX 29's Marcus Espinoza has more on a 4-alarm fire on the boardwalk in Ocean City.

The fire broke out at approximately 7:40 a.m. on the 1020 block of the Ocean City Boardwalk, fire officials said.

Upon arrival, firefighters initiated a full response as a fire quickly advanced through a structure that includes the Playland’s Castaway Cove arcade and offices, Hamburger Construction Company and Dairy Queen.

Altogether eight fire companies responded to the fire, which was placed under control around 11 a.m. 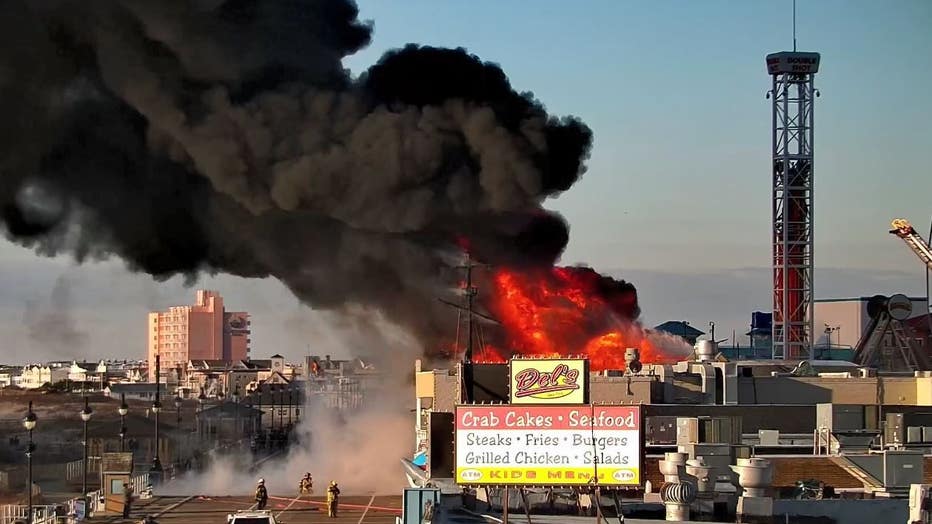 Playland Castaway Cove took to Facebook to share that it was in fact their building which had caught fire.

"We struggle to comprehend this mornings events and what will be of the next few months, but we can assure you this, WE WILL REBUILD!!" Officials from Playland Castaway Cove wrote.

As of late Saturday morning, the fire was under control, but firefighters remained on the scene working to fully extinguish the blaze. According to authorities, a west wind fueled the fire but likely spared neighboring buildings.

Authorities are advising that the public use caution if in the area.

There were no fire-related injuries reported.