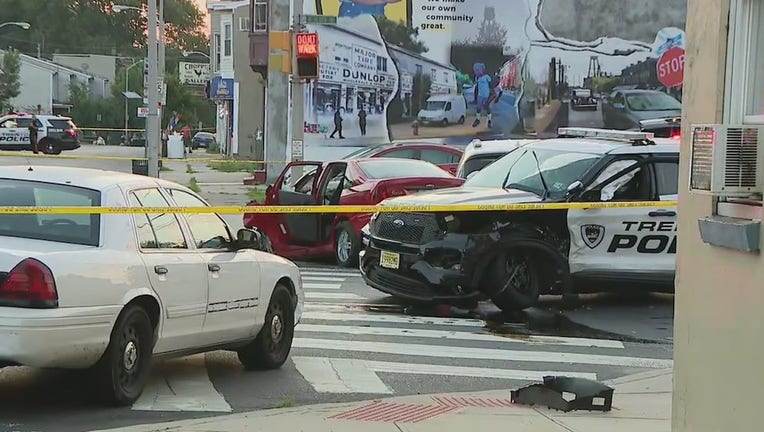 TRENTON - A police pursuit of a stolen vehicle in New Jersey’s capital city ended when the vehicle crashed into a police cruiser and another car early Wednesday, leaving four officers hurt, one critically, and three suspects arrested, all of them also injured, authorities said.

The pursuit in Trenton began at about 2 a.m. Wednesday when city officers spotted the stolen vehicle and tried to stop it, but the vehicle sped off, the Mercer County prosecutor’s office said. At least four shots were fired from the car at a police cruiser, and one hit the top light bar of the cruiser and bounced off the roof of the vehicle, authorities said. The officers weren’t hit and didn’t return fire during the chase. 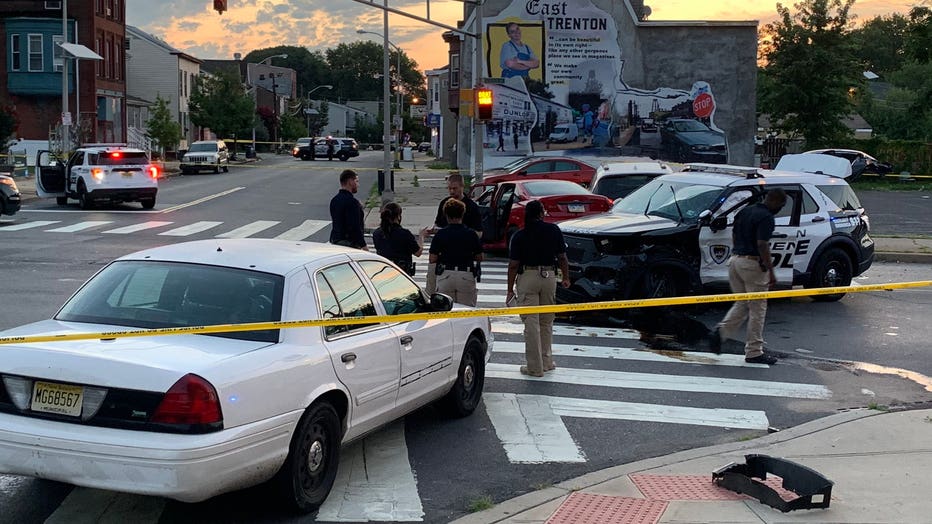 The stolen vehicle eventually struck a responding police vehicle at an intersection and then hit an oncoming white minivan, after which the suspects were taken into custody. Authorities said two officers suffered serious head injuries and one was in critical condition. Another officer approaching the stolen vehicle slipped in fluids from the crash, cutting his elbow, and he also had a head injury. A fourth officer was cut on his hand by broken glass. Two firearms and spent casings were recovered from the vehicle and another firearm was found on the street.

Authorities said three Trenton suspects will face attempted murder, eluding and weapons charges, and two were injured. Officials said a 19-year-old man was critically injured, an 18-year-old suspect was hospitalized with a fractured femur and a 16-year-old had a fractured wrist.