A San Jose man is facing felony animal abuse and vandalism charges after police said he broke into a preschool and badly abused the school's pet tortoise. He’s named Michelangelo after the character from the Teenage Mutant Ninja Turtles. Azenith Smith reports

SAN JOSE, Calif. - A San Jose man is facing felony animal abuse and vandalism charges after police said he broke into a preschool and badly abused the school's pet tortoise.

Michelangelo, the 65-pound African sulcata tortoise named after the character from the Teenage Mutant Ninja Turtles, is estimated to be 70 years old. He is not moving much these days, recovering at a pet hospital from a horrific attack.

"It was a horrific sight," said Tammy Lariz, the administrator at Play ‘N’ Learn Preschool. "The beating must have been bad. There were several items they used to beat him with. Knowing his shell is meant to withstand a lion's attack in Africa you know he had to be hitting that tortoise really hard." 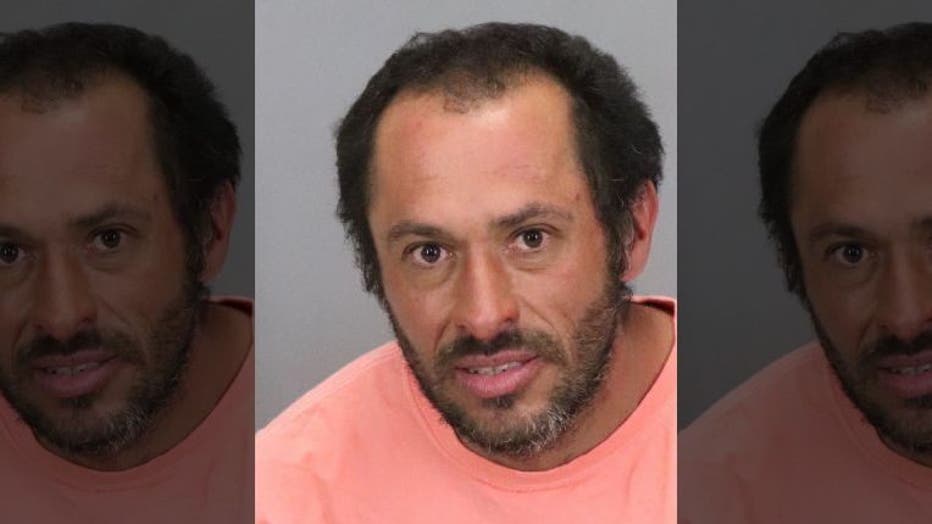 Police said Michelangelo was found with a piece of wood stabbed through his outer shell.

The school’s administrator fears Michelangelo would have bled to death had a neighbor not called the police.

"It was pretty brutal," said Dr. Tal Solomon of Archvet Animal Hospital. "The first thing I thought of was it takes such a special person to cause such harm to an animal that can’t even get away."

Archvet treated Michelangelo right away. Solomon called it the worst case of abuse he’s seen. Michelangelo underwent surgery to repair his shell and to remove the wood and glass shards. The doctor used a special apparatus to help raise his shell.

None of Michelangelo’s organs were damaged. The hospital is doing everything for free.

"In my book, there’s no option," said Solomon. "He needed help. She couldn’t afford it so you end up doing the right thing."

The preschool took the tortoise in four years ago from a rescue group. The kids have taken turns riding on his back.

The pet hospital plans to keep Michelangelo for now and hopes he’ll be back at the school in two months.

"We will all be super excited when he's fully healed," said Lariz.

A lot of people want to help with Michelangelo’s recovery so the pet hospital is taking donations to help other abused or hurt animals. Venmo username: @archvet1.

The suspect is undergoing a mental health evaluation.

As for how to tell the kids, the preschool plans to talk to them at their level tell them their pet is at the hospital and he’s getting a bandage.