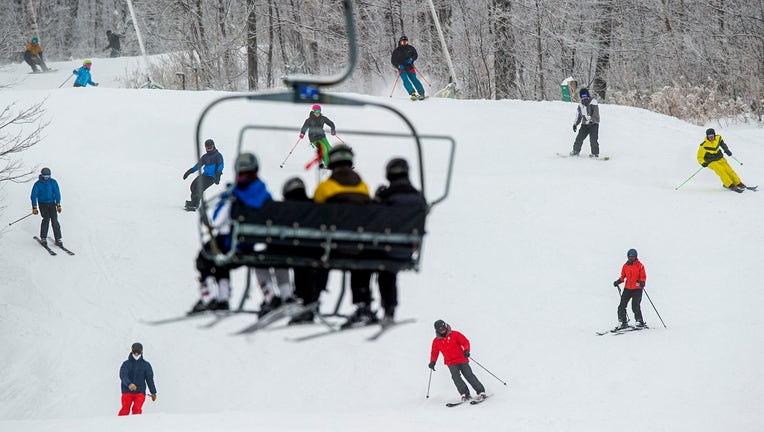 A mother is now speaking out after her 8-year-old daughter plunged around 25 feet from a ski lift in Maine, describing the ordeal as a "horror beyond horror."

The incident that was captured on video unfolded last week at Sugarloaf Mountain and left the child – identified by ABC News as Shiloh -- with non-life-threatening injuries, according to officials.

"It’s a horror beyond horror as a parent to have to go through this kind of thing," her mother, Sharisse, told "Good Morning America." "I just grabbed her and tried to keep pulling her and she was trying to pull herself up and the lift just keeps going."

Officials at Sugarloaf Mountain say immediately after the girl got onto one of its lifts Wednesday, attendants noticed her "struggling to stay in the chair.

"The lift attendants stopped the lift, contacted Sugarloaf Ski Patrol, and deployed a ‘catch net’ below the skier, which they used to break her fall when she dropped from the chair," the resort said in a statement. "The fall was estimated at roughly 20-25 feet."

The girl eventually was airlifted to a hospital in Bangor and the incident is now under investigation.

"This was obviously a scary incident for everyone involved, and our thoughts are with the family," Sugarloaf General Manager Karl Strand said in a statement. "The safety of our guests is our first priority in everything we do, and I’m incredibly thankful to our lift attendants and ski patrollers, without whose quick actions this incident could have been much worse."

Shiloh told ‘Good Morning America’ that she felt like the ski lift "was going way too fast."

"I just did my best to hold on to her," added Sharisse. "As a mom, I’m not letting my kids go and I had another child right next to me on the lift, her older sibling."

Sharisse also says despite the fall, Shiloh is still looking forward to returning to the slopes.

"I’m excited that she is not letting this get in her way and that she knows that it was an accident and that we can continue to ski as a family and have fun," Sharisse said.