A deputy in Louisiana found a small kitten in a crashed car and when the driver said she couldn’t care for the 4-week-old animal, he decided to adopt the kitten.

CUT OFF, La. - A deputy in Louisiana rescued a tiny kitten in the midst of a car crash and decided they were a purrfect pair.

Deputy Harry Guillot with the Lafourche Parish Sheriff's Office responded Thursday to an injured driver in a crash in the town of Cut Off, located about 65 miles southwest of New Orleans, as tropical storm Barry approached the area, officials said.

After helping the driver into an ambulance, Guillot noticed a small kitten inside the car unharmed from the crash. An animal control deputy responded to keep the feline safe during the storm. 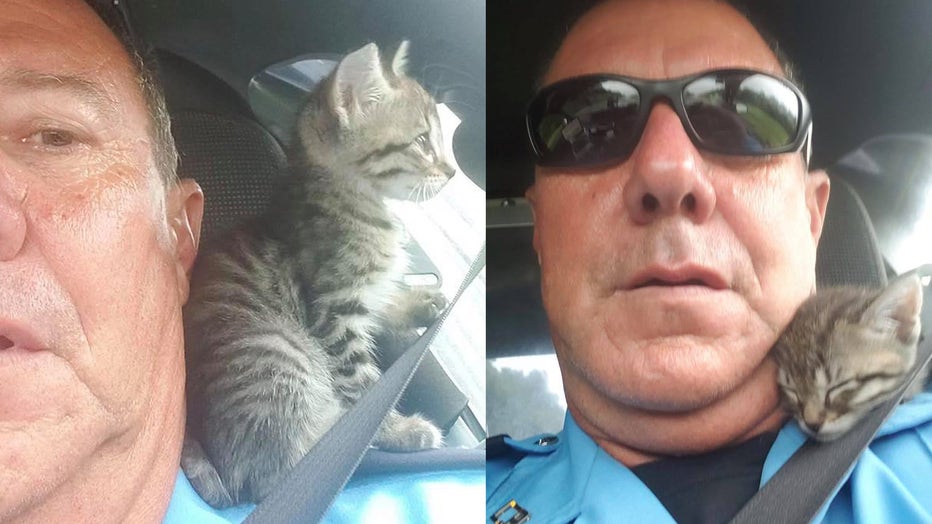 Guillot later contacted the driver of the car about the kitten, but she said she would no longer be able to care for the 4-week-old animal. According to the Lafourche Parish Sheriff's Office, that's when Guillot decided to adopt her.

The kitten was appropriately named “Crash.”

“We’re happy to report that she survived her first hurricane,” the sheriff’s office posted on its Facebook page.

Hours after it was briefly upgraded to a Category 1 hurricane, Barry made landfall Saturday as a tropical storm near Intracoastal City, Louisiana, about 160 miles west of New Orleans, according to the National Hurricane Center.

The storm brought torrential rains and flash-flood watches in much of Louisiana and Mississippi, as well as parts of Arkansas, eastern Texas, western Tennessee and southeastern Missouri.