A man who shared a video of himself licking a Blue Bell ice cream container and putting it back on a shelf claims he's innocent because he purchased the tampered item.

PORT ARTHUR, Texas - A man in southeast Texas insists that he’s innocent after circulating a now-viral video of himself removing a container of vanilla Blue Bell ice cream from a Walmart freezer, licking the frozen dessert, and placing it back on the shelf.

Though the prankster has since received backlash and threats on social media for the stunt, police have confirmed that the man did indeed buy the ice cream after tampering with it.

Nevertheless, reps for Blue Bell are taking no chances in the frozen aisle, and have since removed all the half-gallon varieties of the same flavor at the Port Arthur Walmart. Officials for the superstore stressed that food-tampering is no “joke” and warned that they will cooperate with law enforcement on all such related investigations in the future.

On Monday night, a Facebook user identified only as “Dapper Don” uploaded a seemingly disturbing 20-second video. Removing a half-gallon tub of Blue Bell’s homemade vanilla flavor from a store shelf in the freezer aisle, the man opened and licked the dessert twice before putting it back on the store shelf with the lid reattached.

An accomplice can be heard chuckling in the background, apparently filming and yelling, “Come on, let’s go, let’s go! Hurry up!”

“Happy National Soft Ice Cream Day #viral,” Don captioned the video, which has since been viewed over 82,000 times on the platform.

Though the footage did indeed go viral, commenters were largely frustrated with the “disgusting” flop of a joke.

“What a punk. You can’t even be original!” another said.

Local authorities, meanwhile, have revealed that the man later bought the tampered ice cream and that no charges have been filed against him.

According to 12 News Now, the Port Arthur Police Department contacted Don just three hours after he shared the video to Facebook, and the man was able to provide a receipt for the ice cream detailing his purchase.

Though no charges have been filed, a “huge outcry from the public” continues to loom as law enforcement officers wait on the district attorney's office to review the case, Detective Mike Hebert and Port Arthur Police Chief Tim Duriso told the outlet.

As for the jokester himself, Don said that the stunt successfully won him the attention he was seeking.

"I trolled all Southeast Texas," he told 12 News, adding that he often pulls off “pranks” for social media videos.

Reps for Blue Bell, however, confirmed they have removed – and replaced – all half-gallon sizes of their homemade vanilla flavor in the wake of the so-called prank.

“The safety of our ice cream is our highest priority, and we work hard to maintain the highest level of confidence of our customers,” a spokesperson said. “We view the tampering of our products very seriously.”

Walmart agreed that there is nothing funny about the real-life crime of food-tampering and committed to working with authorities on this and related incidents.

“If food is tampered with, or a customer wants to leave the impression that they left behind adulterated product, we will move quickly with law enforcement to in identify, apprehend and prosecute those who think this is a joke — it is not,” a rep told 12News.

Officials for Blue Bell and Walmart were not immediately available for additional comment.

Though Don is off the hook for now, a Louisiana man was charged in July for criminal mischief, and unlawful posting of criminal activity for notoriety and publicity, after licking a tub of ice cream from a grocery store shelf and putting the product back – even though he later purchased the tub.

The offender’s alleged criminal act was seemingly inspired by that of a girl who was caught on camera doing the same thing — licking a tub of ice cream, specifically Blue Bell brand, and placing it back on the shelf — at a Walmart in Lufkin, Tex. just a few days before. 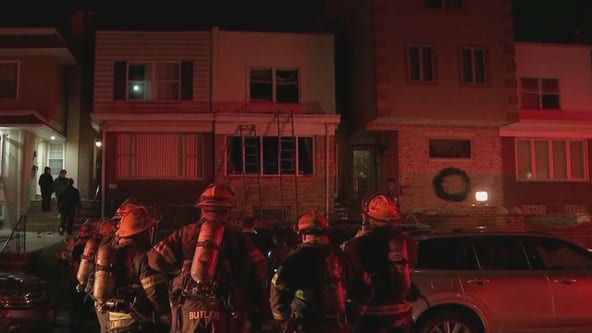