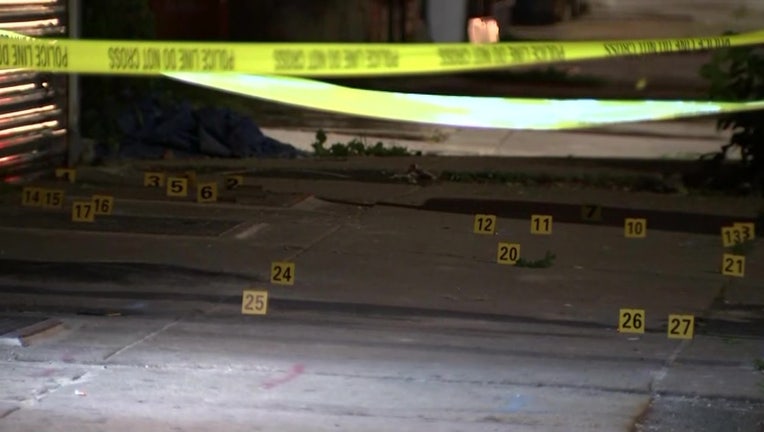 PHILADELPHIA - Authorities say 40 shots were fired Wednesday night in a triple shooting that erupted between at least two shooters.

Officers from the Philadelphia Police Department were called to the 4200 block of Lancaster Avenue just before 9:30 p.m. for reports of a shooting.

Police found a 36-year-old woman and a 20-year-old man both shot in the leg. Officers drove them to Penn Presbyterian Hospital where they are expected to survive.

Chief Inspector Scott Small told reporters that a third victim arrived at the hospital also with a non-fatal gunshot wound to the leg.

Investigators found at least 40 spent shell casings scattered on the road and sidewalk, according to Small. Investigators believe that one of the injured people may have been one of at least two shooters.

Officers also recovered a semi-automatic handgun with an extended magazine at the scene of the shooting, according to Small.

No arrests were immediately reported and police did not share a possible motive for the gunfire.