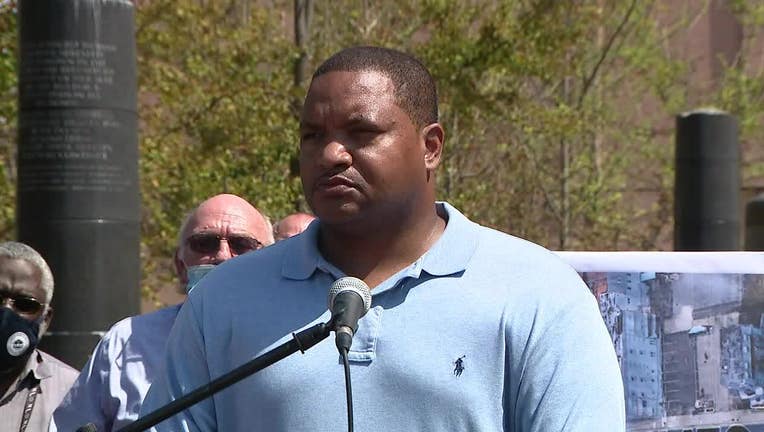 ATLANTIC CITY, N.J. - Atlantic City is attempting to co-opt plans by protesters to paint “Black Lives Matter” on the seaside gambling resort's famous Boardwalk by doing the same thing in a place of its own choosing — on Martin Luther King Jr. Boulevard, in front of its civil rights memorial.

Mayor Marty Small, who is Black, said at a news conference Wednesday that painting the historic Boardwalk is illegal and that the city will host a community event about 90 minutes after the scheduled start time of the protest rally that was to include the Boardwalk painting.

“We believe there’s a better way to handle it,” Small said. “Painting on the Boardwalk is prohibited.”

Small praised the organizer of the Boardwalk event, Steve Young, who has drawn the ire of many in city government for organizing a protest with the stated aim of “shutting the city down" just as its pandemic-shuttered casinos reopened.

The city is trying to strip Young of two city posts he holds because of the July protest.

But the mayor invited Young to join the city-sponsored event, even though Small stopped short of asking him to cancel the Boardwalk event.

Reached after the mayor's speech, Young said in an interview that Friday's rally will go on as scheduled and will include a brother of George Floyd, a Black man whose death at the hands of Minneapolis police inspired worldwide protests.

But Young said he was not sure whether participants would still try to paint the Boardwalk.

“We want to keep things peaceful,” he said. “We do not want to be confrontational.”

The city has consulted with local, state and federal law enforcement agencies, Small said, and is prepared to respond to whatever may happen Friday.

There have been three racial justice demonstrations in Atlantic City this year. The first, on May 31, was followed by theft and property destruction for which about 100 people were charged. A second on June 6 was peaceful.

Young organized the July 4 protest as the casinos were permitted to reopen after more than three months of being shut due to the coronavirus outbreak. He was among seven people arrested when marchers tried to block the entrance of the Atlantic City Expressway, the main route to the city and its casinos.