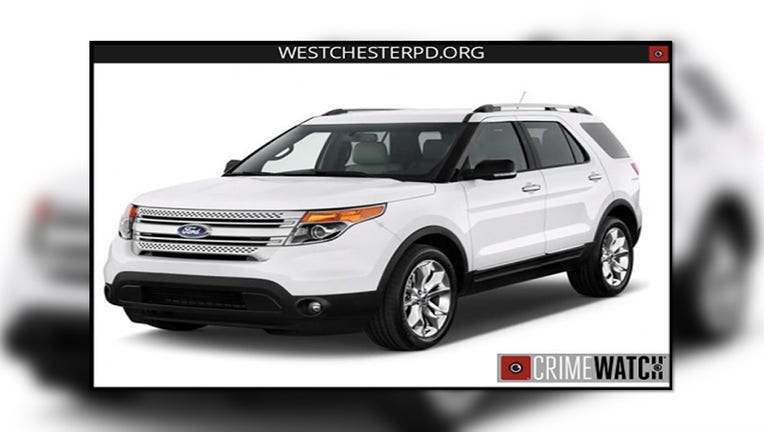 WEST CHESTER, Pa. - Officials in West Chester are alerting the public of what they say was an attempted luring of two boys by a man in a West Chester park Saturday.

West Chester Police say a 12-year-old boy and a 14-year-old boy were playing in Hoopes Park, on 700 Hoopes Park Lane, just after 5:15 Saturday afternoon, when the two saw a white SUV pull into the park at a high rate of speed and come to rest near the pair, who were on playground equipment.

The boys reported to police one man they did not know was behind the wheel. The two told police the man opened the door and asked them to enter the vehicle. He did not get out of the SUV.

The two boys took off and headed for their homes. They reported the incident to their parents.

The SUV took off, exiting the park onto Ashbridge Street and then disappearing.

Officials say the SUV is a white Ford Explorer, consistent with a 5th generation Explorer, somewhere between model years 2011 and 2019. The SUV described had no other distinguishing characteristics.

There was no description of the man, other than he reportedly had a raspy voice.