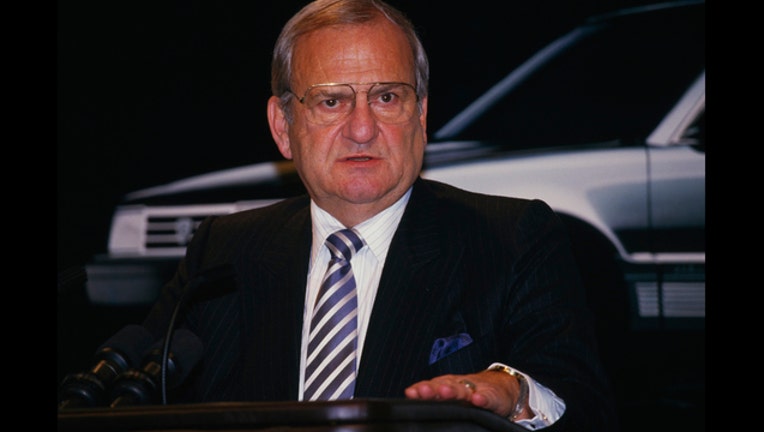 CEO of American Chrysler Motor Corp. Lee Iacocca answers questions at a press conference following the announcement of the closure of the Kenosha automobile plant in Wisconsin. (Photo by Rick Maiman/Sygma via Getty Images)

DETROIT - The Automotive business world has lost an icon. Lee Iacocca has died at 94, Tuesday according to TMZ.

Born Lido Anthony Iacocca in Allentown Pennsylvania, the child of Italian immigrants, was credited with creating the Ford Mustang and saving Chrysler from bankruptcy.

He began working at Ford Motor Company in 1946 as an engineer and rose to become the president of the company in 1978. He fired from his position by Henry Ford II some 8 years later.

In 1979 he became CEO of Chrysler Corp. where he worked until retiring in 1992. In addition to releasing a best-selling autobiography in 1984, he also starred in commercials with his signature line: "If you can find a better car, buy it."