A man claims he was sucker punched allegedly by a Bellmawr police officer at a wedding in South Jersey. FOX 29's Jeff Cole reports.

CINNAMINSON, N.J. - A man claims he was sucker punched allegedly by a Bellmawr police officer at a wedding in South Jersey.

“I have a fractured orbital bone, gashes on the side of my head from where I was bleeding from a cut," Donald Walker said.

Walker, of Delaware County, says the injuries he suffered in May came from the fist of a Bellmawr police officer during the wedding of his nephew. 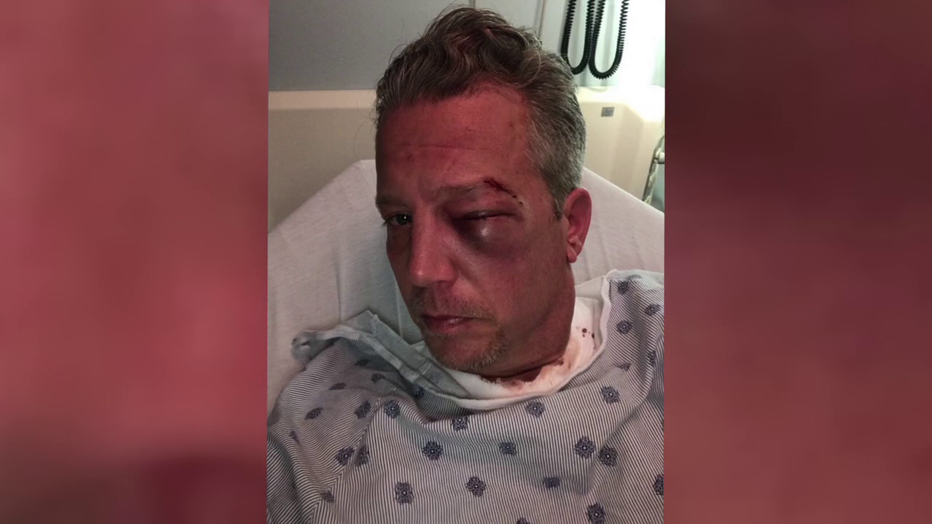 "If you have anger issues at a wedding that you’re invited to what are you doing on the street as a police officer," Walker said.

Walker says his attacker is 33-year-old Bellmawr patrolman Anthony J. Franklin. He claims Franklin sucker punched him in the head when he asked a sergeant on the force to stop acting inappropriately toward his 19-year-old daughter during the wedding.

The wedding was held at "The Merion" in Cinnaminson for Walker’s nephew, who is a young police officer, also on the Bellmawr force.

According to court documents, Officer Franklin is accused of an “extreme indifference to the value of human life” and charged with aggravated assault in the third-degree.

Walker attended a hearing in the case Wednesday in Burlington County court.

Bellmawr’s mayor tells FOX 29 Franklin is on leave from the force with pay.

A man answering the door at Franklin’s home said he was a renter and would not provide Franklin’s phone number.

“Something has to be done just because it’s a police officer doesn’t mean it’s going to go away," Walker said.