COVID-19 boosters could be ready by September

President Joe Biden announced on Wednesday plans to get boosters to fully vaccinated Americans as soon as the week of Sept. 20.

WASHINGTON - President Joe Biden said he and first lady Jill Biden will receive their COVID-19 vaccine booster shots once eligible, as his administration turns to a new effort of offering the extra jabs to Americans in a major expansion of the already massive vaccination campaign.

Biden, who received his first two doses in late December and early January along with his wife, told ABC News that it’s "past time" for him to get an extra dose of the shot.

U.S. health officials this week announced recommendations that all Americans who received the Moderna or Pfizer vaccine get a booster shot eight months after their second dose. The doses could begin the week of Sept. 20, pending authorization from the U.S. Food and Drug Administration and a sign-off by the Centers for Disease Control and Prevention from an evaluation on the safety and effectiveness of an extra dose. 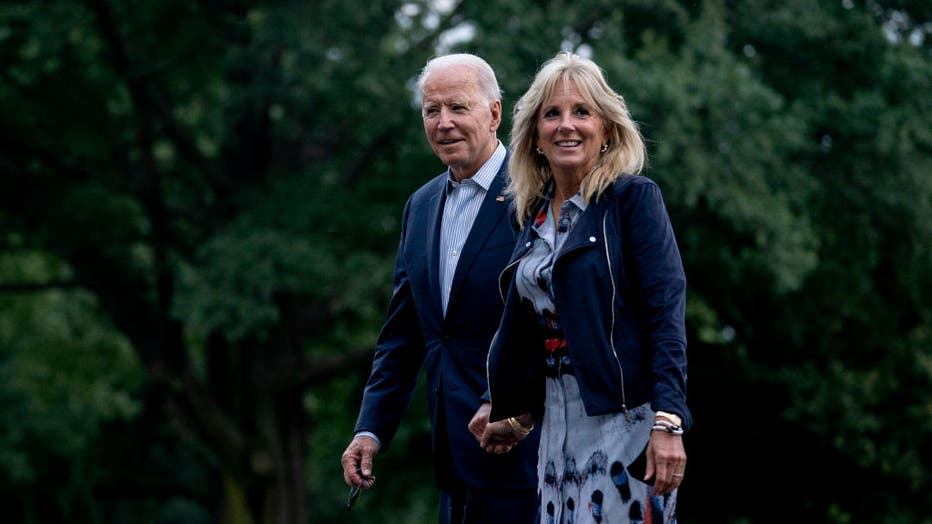 Biden got his second dose of the Pfizer-BioNTech vaccine on Jan. 11 while still president-elect, so he would become eligible for a third dose under the current U.S. plan in September. He received his first two jabs on camera in an attempt to reassure the American public that the inoculations are safe.

"The No. 1 priority is getting vaccines in people’s arms as rapidly as we can," Biden said in January.

The new recommendation of booster shots for Americans comes amid the surging delta variant, which has fueled a concerning uptick in new virus cases and record hospitalizations nationwide. U.S. officials also said it is "very clear" that the vaccines’ protection against infections wanes over time. They noted the worsening picture in Israel, which has seen a rise in severe cases — many of them in people already inoculated.

"Our plan is to protect the American people, to stay ahead of this virus," CDC Director Dr. Rochelle Walensky said as the agency cited a raft of studies suggesting that the vaccines are losing ground while the highly contagious variant spreads.

The first boosters would go to people in high-priority groups that received the initial U.S. vaccinations: nursing home residents, health workers and those with underlying health conditions. Health officials are likely to recommend that the booster be the same brand of vaccine that people received initially.

A third shot for some people with weakened immune systems, such as cancer patients and organ transplant recipients, has already been authorized in the U.S.

Dr. Anthony Fauci, the government's foremost expert on COVID-19, said one of the key lessons of the coronavirus is that it’s better to "stay ahead of it than chasing after it."

To date, more than 169 million people — or 51% of the total U.S. population — have been fully vaccinated, data from the U.S. Centers for Disease Control and Prevention shows. Among those in the population who are 12 and older and currently eligible for the shot, the fully vaccinated figure increases to 59.6%.

Global access to vaccines is also important to stem the pandemic and prevent the emergence of new variants. The U.S. recommendation of booster shots also prompted criticism from top scientists at the World Health Organization, who noted that poor countries are not getting enough vaccine for their initial rounds of shots.

"We’re planning to hand out extra life jackets to people who already have life jackets, while we’re leaving other people to drown without a single life jacket," said Dr. Michael Ryan, the WHO’s emergencies chief, said Wednesday amid the announcement of the U.S. plan.

During the White House COVID-19 press conference on Wednesday, health experts outlined plans for COVID-19 booster shots, not just for immune-compromised individuals, but for fully vaccinated individuals as well.

But White House press secretary Jen Psaki this week said the question of whether to distribute boosters or help other nations "is a false choice. We can do both. She said the U.S. is "far and away" the biggest contributor to the global fight against COVID-19 and will "continue to be the arsenal for vaccines" to the world.