SCRANTON, Pa. - Democrat Joe Biden turned his campaign against President Donald Trump toward the economy Thursday, introducing a New Deal-like economic agenda while drawing a sharp contrast with a billionaire incumbent he said has abandoned working-class Americans amid cascading crises.

The former vice president presented details of a comprehensive agenda that he touted as the most aggressive government investment in the U.S. economy since World War II. He also accused Trump of ignoring the coronavirus pandemic and the climate crisis while encouraging division amid a national reckoning with systemic racism.

“His failures come with a terrible human cost and a deep economic toll,” Biden said during a 30-minute address at a metal works firm near his childhood hometown of Scranton, Pennsylvania. “Time and again, working families are paying the price for this administration’s incompetence.”

Biden’s shift to the economy meets Trump on turf the Republican president had seen as his strength before the pandemic severely curtailed consumer activity and drove unemployment to near-Great Depression levels. Now, Biden and his aides believe the issue is an all-encompassing opening that gives Democrats avenues to attack Trump on multiple fronts while explaining their own governing vision for the country.

Biden called for a $400 billion, four-year increase in government purchasing of U.S.-based goods and services, plus $300 billion in new research and development in U.S. technology firms. He proposed tightening current “Buy American” laws that are intended to benefit U.S. firms but that government agencies can circumvent.

The procurement overhaul is based on ideas Biden has discussed with his former presidential rival, Sen. Elizabeth Warren, who offered similar proposals during the Democratic primary. Those moves would create 5 million new jobs, Biden said.

He also emphasized previous pledges to establish a $15-per-hour minimum wage, strengthen workers’ collective bargaining rights and repeal Republican-backed tax breaks for U.S. corporations that move jobs overseas. And his campaign pledged that those investments in domestic markets would come before Biden entered negotiations for any new international trade agreements.

His opening emphasis on manufacturing and labor policy is no coincidence: Biden wants to capitalize on his union ties and win back working-class white voters who fueled Trump’s upset win four years ago. He noted his middle-class upbringing and alluded to Trump’s childhood as the son of a multimillionaire real estate developer. 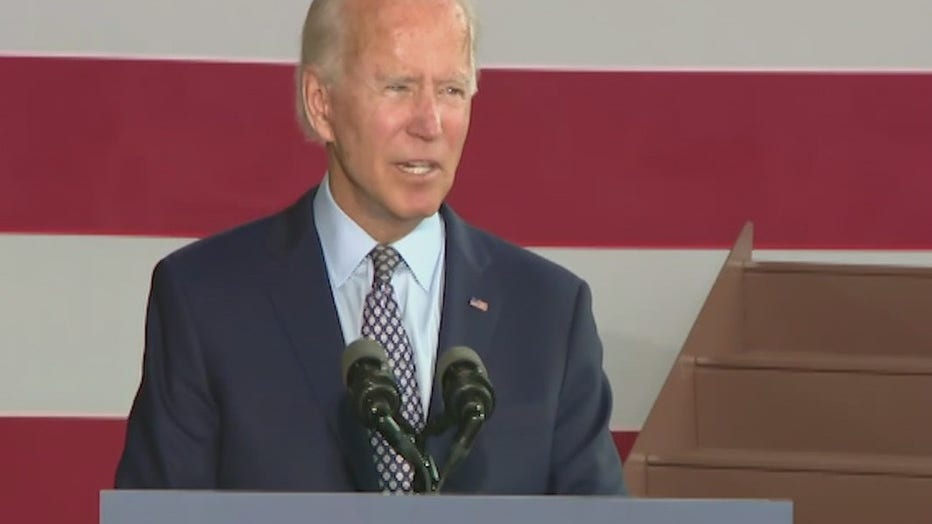 Underscoring the difference, Biden took a side trip after his speech to see his boyhood home in Scranton and briefly greeted the family who resides there now.

Biden will continue presenting his energy and infrastructure plan to combat the climate crisis, as well as a third package focused on making child care and elder care more affordable and less of an impediment to working-age Americans. The energy and infrastructure proposals, some of which Biden has detailed already, are likely to carry the largest price tag as the former vice president attempts to use the federal purse to spur economic growth.

“It’s not sufficient to build back. We have to build back better,” Biden said, promising he’d “ensure all Americans are in on the deal.”

Vice President Mike Pence on Thursday was also in Pennsylvania, where he cast Biden as a threat to the economy. Pence touted job gains before the pandemic and said Trump is now leading a “great American comeback.” He said the company where Biden spoke received federal pandemic aid that Trump signed into law.

Biden’s agenda carries at least some rhetorical echoes of Trump’s “America First” philosophy, but the former vice president’s aides describe his approach as more coherent. They cast Trump’s imposition of tariffs and uneven trade negotiations as a slapdash isolationism compromised further by tax policies that enrich multinational corporations. The Biden campaign also pointed to an uptick in foreign procurement and continued outsourcing of jobs by U.S.-based corporations during Trump’s presidency.

Still, as with Pence’s remarks Thursday, Republicans have made clear they’ll attack Biden on trade and the economy, framing him as a tool of the far left on taxes and a willing participant in decades of trade policy that gutted American workers. Trump also has lampooned Biden as “weak on China.”

On trade, at least, it’s a line of attack Biden withstood from the Democratic primary runner-up, Vermont Sen. Bernie Sanders. But it’s one Trump used effectively against Democratic nominee Hillary Clinton in 2016.

As a senator, Biden voted for the North American Free Trade Agreement in 1994. One of Trump’s signature achievements is an overhaul of NAFTA, which he accomplished with backing from many Democrats on Capitol Hill. Since the 1990s, Biden has advocated tighter controls in trade deals, and he’s promised to involve organized labor and environmental activists. 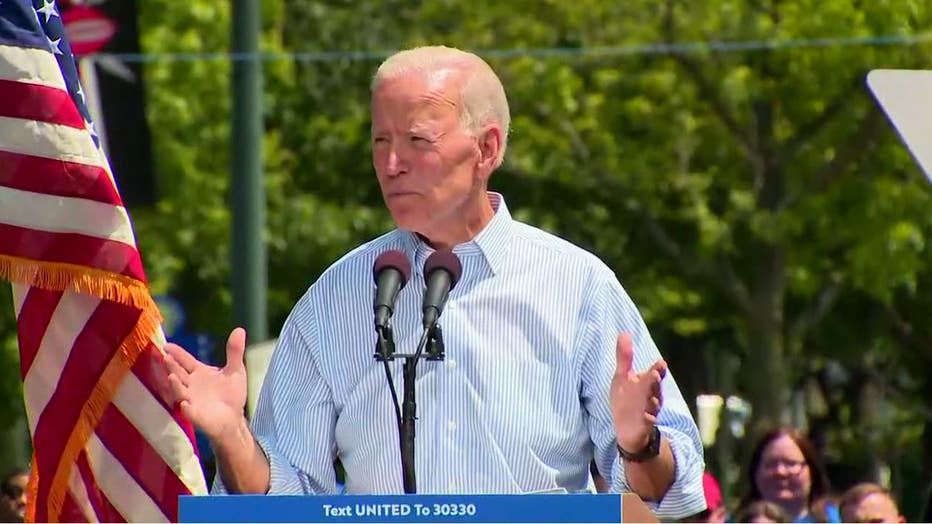 The campaign’s policy outline emphasizes that Biden wants a resurgence in U.S. markets before engaging in new trade agreements abroad. That includes the Trans-Pacific Partnership that Biden advocated when he was President Barack Obama’s vice president. Trump opposed the TPP as a 2016 candidate. Neither China nor the United States is a TPP member.

Trump and Biden have called out China for unfair trade practices, but Biden accuses Trump of instigating a trade war with Beijing that he cannot win.

For now, Biden has not said how he’d pay for the proposed new spending for manufacturing and technology. Revenue from repealing GOP tax cuts on corporations and the wealthiest Americans, Biden says, would cover his proposed annual spending, including expanded health insurance access. But his aides have indicated that he’s willing to use deficit spending for one-time or short-term investments he sees as stimulus to combat the pandemic recession.