The Sproul family, who live in Yulee, Florida, received a hateful letter in their mailbox targeting the 18-year-old high school grads.

YULEE, Fla. - A Black family who recently celebrated their twin daughters’ high school graduation were shocked and hurt to find a racist letter in their mailbox targeting the girls.

“Don’t you think enough is enough? It’s time to take those hideous posters of that ugly fat black girl down off your house,” the letter stated. It was sent July 23 to the Sproul family, who live in Yulee, Florida, just outside of Jacksonville.

The family had hung congratulatory posters of the girls, Xarah and Xanah, on their home in the Timbercreek Plantation subdivision. Similar signs were posted at homes throughout the area for other recent grads. 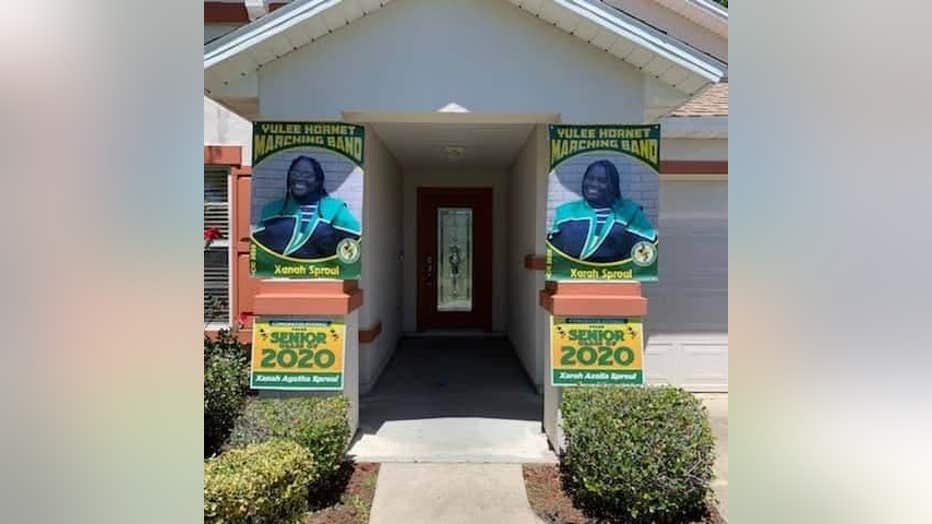 David Sproul found the disturbing note in the mailbox. He then read the letter aloud to his wife, Toya.

“She thought I was joking,” he said.

The couple reported the letter to the Nassau County Sheriff’s Office, which sent deputies out to take a report.

“They kind of made it feel as if there wasn’t going to be much anybody could do, initially. All we could do was accept that,” David explained. So the family turned to social media to voice their concerns, sharing what happened in a neighborhood Facebook group and on Toya’s personal page.

“From there it just blew up, with many people showing their outrage and couldn’t believe that this happened and wishing the twins support,” David explained.

His daughters weren’t home when he found the letter. David said as a parent, his initial response was to keep it from them, but as soon as the 18-year-old twins came home, the couple explained what happened and let the girls read it.

“We don’t tolerate any type of racism or hate. They have friends of every race in their circle,” David said. “I wouldn’t say they were unbothered by it, but they realized that, one, the person really didn't know them... It was some stranger. They didn’t agree with the sentiment. But they didn’t give it much power at all.” 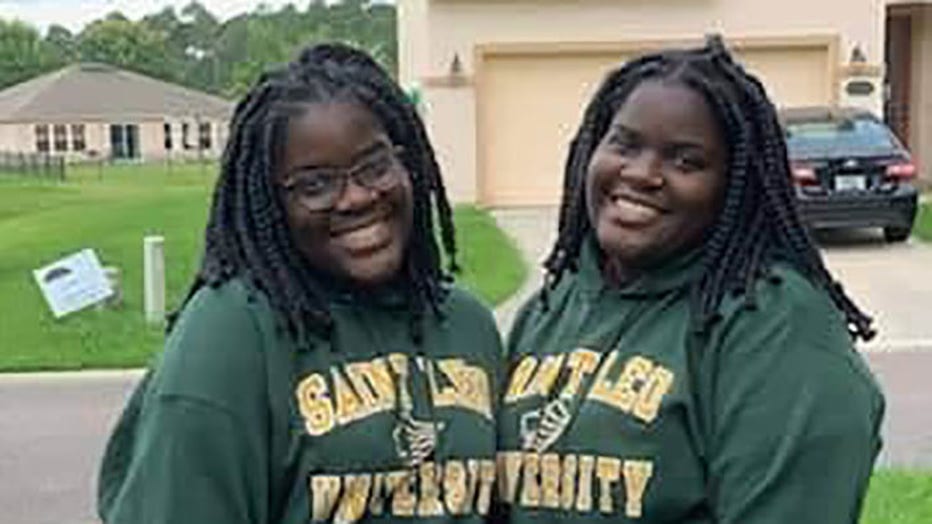 Xanah and Xarah, pictured in a provided image, are planning to attend Saint Leo University in the fall. (Photo credit: Provided / The Sproul family)

The hateful message soon captured the attention of local media, and local law enforcement returned to their home — even taking the letter for fingerprints.

Their local community stepped up, too — creating signs to put around the neighborhood, which read: “United We Stand, Timbercreek. Racism, hate and discrimination will not be tolerated in our community!”

Additionally, a drive-by parade was planned in support of Xanah and Xarah, and an Amazon wishlist was even set up for people to send college supplies to the girls. The family said they have heard from people all over the world, including South Africa, Ireland and throughout the U.S. as well.

“To me, that’s the best part of the story. How that one letter turned into a world of love immediately following,” Toya said. “It has been the whole world showing us love.”

The twins graduated from Yulee High School and were in the school marching band. They are planning to attend Saint Leo University in the fall with scholarships to study in the school's honors premed program. One hopes to be a neurosurgeon, while the other wants to be a neurologist — and later open their own practice together.

“Right now, (Xanah and Xarah) are just overwhelmed with all the attention that they’re getting, which they didn’t expect and didn’t ask for,” David said.

The Sproul family emphasized how despite the girls’ notable achievements, it doesn’t matter in the context of this letter.

“This didn’t just happen to two, young girls who are accomplished in school and are working hard and are going off to college. That’s great, but their accolades have nothing to do with this. The person who did this didn’t know anything about them,” David explained.

This story was reported from Cincinnati and Los Angeles.