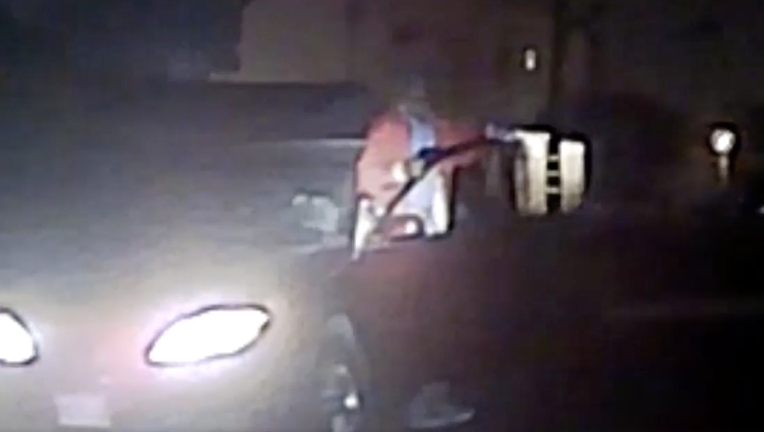 Robert Coleman was killed by West Sacramento police on Sept. 12, 2020

SACRAMENTO, Calif. - Authorities in Northern California have released body camera video of a fatal shooting where the West Sacramento Police Department shot and killed a former department employee who had been struggling with mental illness.

Robert Coleman, 88, was shot by officers on Sept. 12 around 3 a.m. as they were investigating reports of an armed man west of downtown.

The department didn’t immediately release additional details about the shooting but released video from three different officer body cameras that shows six officers questioning a man in handcuffs at the front of a patrol car. Police said the man was detained in connection to the reports but was later determined to be unconnected to the incident.

While officers were occupied with the detained man, another officer approaches a vehicle that pulls up behind the police cars. The department said the driver, later identified as Coleman, allegedly drew his weapon and fired it. Officers then demanded that he drop his weapon before returning gunfire.

Robert Coleman, 88, was shot by officers on Sept. 12 around 3 a.m. as they were investigating reports of an armed man west of downtown.

Coleman died at the scene.

The Sacramento Bee reported that it was unclear from the video if Coleman fired his gun.

Coleman’s family told police he had been struggling with mental illness and had talked about suicide, according to the Bee.

“After reviewing the footage, I felt even more deeply the profound tragedy of Mr. Coleman’s battle with mental illness, as well as the trauma endured both by his family and by police officers on the scene,” West Sacramento Mayor Christopher Cabaldon said in a statement Monday.

“Our administration continues to cooperate with the Davis Police Department as they conduct the independent criminal investigation and as we complete our own internal investigation of the incident and review of department policies,” Police Chief Rob Strange said.

Strange said the officers involved in the shooting returned to duty after he reviewed information from an investigation.

After Coleman was killed, the department posted on its Facebook page that he was a loving husband, caring father and member of the West Sacramento Police Department for almost 10 years.

KTVU contributed to this report.