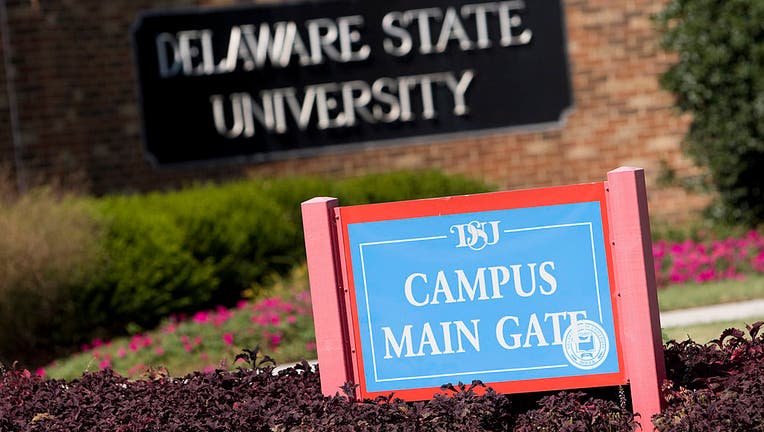 At least a half-dozen historically Black universities in five states and the District of Columbia were responding to bomb threats Monday, with many of them locking down their campuses for a time.

In warnings to students, school officials say some of the threats were directed at academic buildings.

The FBI "is aware of bomb threats received by some Historically Black Colleges and Universities," the agency said in a statement provided by Jenna Sellitto, an FBI spokesperson in Atlanta. "The FBI takes all potential threats seriously, and we regularly work with our law enforcement partners to determine their credibility."

The Bureau of Alcohol, Tobacco, Firearms and Explosives also responded to the threats on Monday and was working with local law enforcement to continue investigating, Acting Deputy Director Thomas Chittum said.

School officials at Southern University and A&M College in Baton Rouge, Louisiana, told students to stay in their dormitories and until an all-clear was given.

At Bowie State University in Maryland, school officials told everyone on campus to shelter in place until more information was available. Explosive detection dogs and bomb technicians were helping campus police to sweep buildings, The Office of the State Fire Marshall said in a statement. The campus reopened later Monday after a search by local, state and federal law officers found no explosive devices, school officials said.

Howard University was also the subject of a bomb threat before dawn Monday, but later gave an all-clear to students and staff, WTOP reported.

In Florida, Daytona Beach police said in a tweet they have cleared the Bethune-Cookman campus of any bomb threat. But classes were canceled for the day and the agency will have a police presence on campus for the rest of the day.

White House Press Secretary Jen Psaki said Monday the threats "are certainly disturbing and the White House is in touch with the interagency partners, including federal law enforcement leadership on this."

"We’re relieved to hear that Howard and Bethune-Cookman universities have been given the all clear and will continue to monitor these reports," Psaki said. "The President is aware, I don’t believe he’s received the formal briefing but he is aware of these reports and obviously as you know that law enforcement authorities would be running point."

Monday’s bomb scares come one day before the start of Black History Month, and less than a month after a series of bomb threats were made to multiple historically Black universities Jan. 4.

"We are deeply disturbed by a second round of bomb threats at HBCU campuses within a month," leaders of the Congressional Bipartisan HBCU Caucus said in a statement Monday.

"Learning is one of the most noble and most human pursuits, and schools are sacred places that should always be free from terror," it said. "Solving these crimes and bringing those responsible to justice should be a top priority for federal law enforcement."

The statement was issued by U.S. Rep. Alma Adams of North Carolina and U.S. Rep. French Hill of Arkansas, who are co-chairs of the caucus.