BRONX, N.Y. - Louise Signore of the Bronx turned 107 with more than 100 family and friends gathered to celebrate her long life.

On Wednesday, the Harlem native who moved to the Bronx was feted at the JASA Co-op City Senior Center with live music, dancing and a colorful birthday cake.

While a healthy diet, regular exercise and many friendships have kept her engaged in life, Signore- who doesn't use a cane or wheelchair- said it's what she doesn't have that's been key: a husband.

Over the years she's credited not getting married as the secret to her longevity. 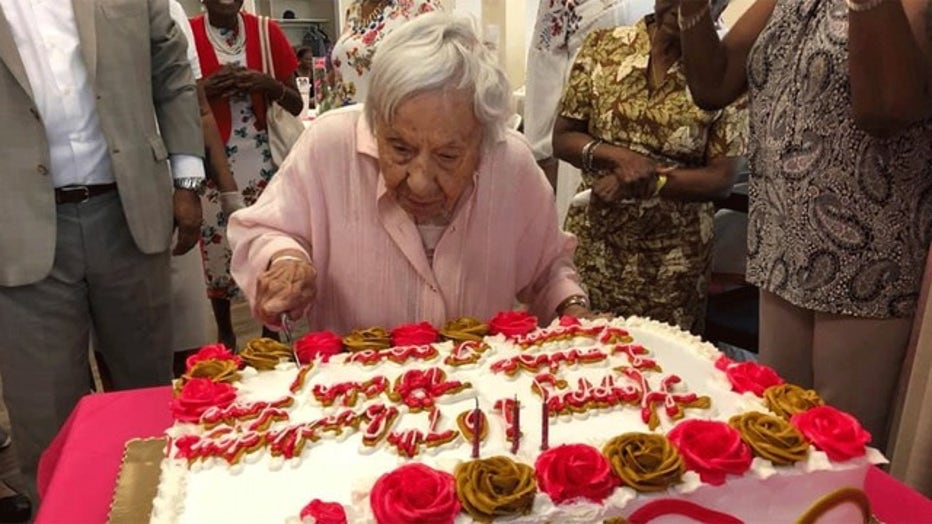 "107 years deserves a celebration and boy did JASA celebrate! Over 100 seniors and a team of amazing reporters came together to celebrate Louise's 107th birthday with live music, dancing, and a birthday cake! Keep an eye out for coverage of the party!

Murphy raised two children by herself after her husband died at an early age.