Captivity of dolphins and whales outlawed in Canada

In a landslide vote on Monday, the Canadian House of Commons approved Bill S-203, known as the Ending the Captivity of Whales and Dolphins Act, which outlaws captivity, breeding, trade, possession and capture of cetaceans.

OTTOWA, Ontario - Whales, dolphins and porpoises will no longer be forced to endure captivity for entertainment purposes in Canada.

In a landslide vote on Monday, the House of Commons approved Bill S-203, known as the Ending the Captivity of Whales and Dolphins Act, which outlaws captivity, breeding, trade, possession and capture of cetaceans. The bill makes exception only for the rehabilitation and rescue of cetaceans that need help.

“We have a moral obligation to phase out the capture and retention of animals for profit and entertainment,” Sen. Wilfred Moore said following the vote. “Canadians are calling upon us to do better – and we have listened.”

Moore introduced the bill in December of 2015, but it faced an uphill battle in Parliament where special interest groups persistently tried to shoot it down, according to the Whale Sanctuary Project.

Among those who testified at 17 different committee hearings on the bill were six Whale Sanctuary Project specialists and 40 witnesses, including former whale trainer Phil Demers, whom CTV News reported was “elated” at the passing of the bill.

Dr. Lori Marino, President of the Whale Sanctuary Project, who also testified during committee hearings, called the passage of the legislation a “major victory for cetaceans.”

“They are among the most cognitively complex of all animals. Confining them to life in a concrete tank is truly unbearable for them,” said Marino.

Many marine scientists agree that whales and dolphins suffer incredible harm in captivity, struggling with both the psychological and physical effects of being held in containers that are infinitely smaller than their natural environments. They often experience chronic health problems, abnormal behavior, high infant mortality and extreme boredom.

Hal Whitehead, an expert on wild whales who teaches biology at Dalhousie University in Nova Scotia and testified during committee hearings, told The Washington Post that orcas can swim up to 60 miles per day and that their home range can be as large as 600 miles across. He also explained that orcas are highly social creatures that naturally form societies along matrilineal lines in the wild - something that is impossible to do in captivity.

The plight of captive cetaceans has demanded attention many times in recent decades, but most significantly after the release of the 2013 documentary, “Blackfish,” which delved into the story of famed orca, Tilikum.

Tilikum was captured at 2 years old off the coast of Iceland and taken to perform in shows at SeaWorld. He ultimately killed three people, including two trainers, while in captivity.

“The passage of Bill S-203 is a watershed moment in the protection of marine animals and a victory for all Canadians,” said Rebecca Aldworth, Executive Director of Humane Society International/Canada, “Whales and dolphins don’t belong in tanks, and the inherent suffering these highly social and intelligent animals endure in intensive confinement can no longer be tolerated.” 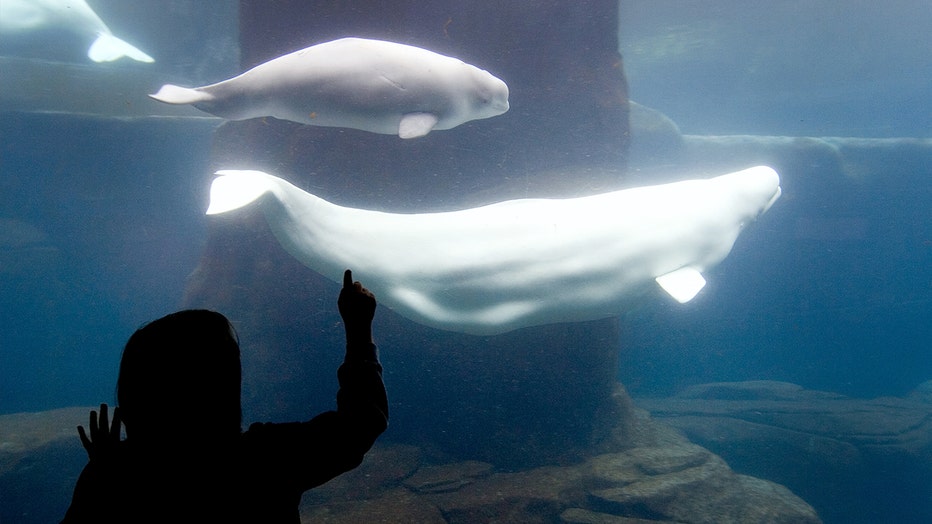 The law will not extend protections to cetaceans that are already being held in captivity, however. There are two facilities in Canada that are currently keeping live cetaceans: Marineland in Niagara Falls, Ontario, and The Vancouver Aquarium, according to HSI/Canada.

The Vancouver Aquarium has only one dolphin in captivity after issuing an announcement last year that it would no longer keep cetaceans at the facility. The decision was made after two beluga whales being held at the aquarium died in captivity, and the Vancouver board of parks and recreation passed a reactionary bylaw amendment to ban the transport of cetaceans into or out of city parks.

Marineland has informed the government that it currently has more than 50 belugas at its facility and has been a vocal opponent of the bill, claiming that it treats its animals well. But in a statement following the passage of Bill S-203, Marineland said that it will comply with “all animal welfare legislation in Canada.”

Phil Demers, the former whale trainer who testified at hearings for the bill, worked at Marineland for nearly 12 years before leaving his position, alleging that the animals were held in unhealthy conditions and subjected to negligent treatment.

"Marineland could never be again, if it wanted to start today," Demers told CTV News.

In looking to the future, Sen. Murray Sinclair hopes to create a sanctuary where captive cetaceans can retire. In an address given to members of the Canadian Senate on Tuesday, Sinclair prompted his fellow senators to consider, “How would you feel if you had to spend the rest of your life in a bathtub?”