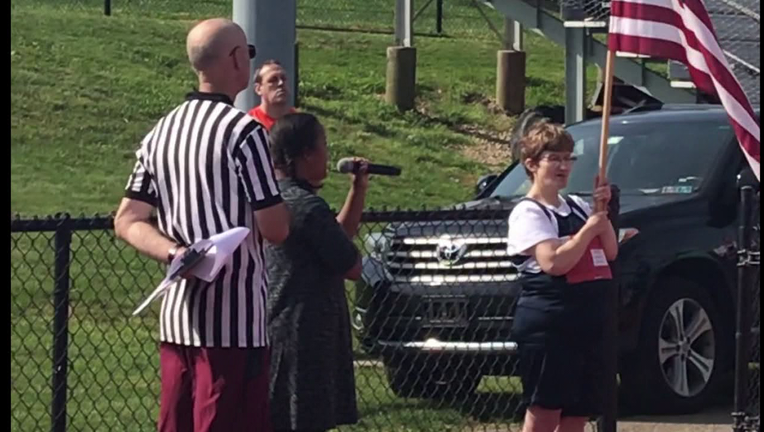 PHILADELPHIA - A local teen overcame obstacles to pursue her passion and she's amazing crowds with her powerful singing voice.

Amira Heep from Chestnut Hill is a pretty impressive young lady. The high school senior and her teammates got in one last track and field practice Thursday at Norristown High School before the Summer Special Olympic games at Penn State in a week, but her real passion is music.

It's hard to believe the 18-year old who has Down syndrome was actually teased about her voice when she was younger.

"I was in middle school, people make fun of my voice, how I sounded like. I was crying. I was upset," Amira said.

Amira didn't let the bullies get the best of her and is now singing the National Anthem at Special Olympic events, including a basketball tournament in April before 300 people.

"I was very happy. I was confident. I was focused on the lyrics," she explained.

She nailed. Her special Olympics coach Scott Otterbein has worked with Amira for the last four years and knew she was ready to give the National Anthem a try.

"What she sort of teaches us is from the time she was little, everything we thought she can't do she eventually does. It just takes a long time and a lot of practice and repetition and eventually she does it," Jeremy Heep explained.

You better believe she does it and Amira has a message for other children with disabilities.

"Just be yourself and be who you are," she said.