Reactions to a jaw-dropping article from The Daily Beast claiming Republican U.S. Senate Candidate Herschel Walker not only urged a former girlfriend to get an abortion, but sent her money to pay for it continue to pour in. Including from Walker's own son.

ATLANTA - Christian Walker, an influencer and estranged son of Republican Herschel Walker, took to Twitter with harsh words towards his father and the GOP following Sen. Raphael Warnock's victory in the Georgia Senate runoff.

In a series of tweets Tuesday night, Walker described his dad as a "backstabber," saying that "everyone with a brain begged" Herschel Walker to not run for office when former President Donald Trump called him "for months DEMANDING that he run."

Walker, a conservative social media personality and host of the podcast "Uncancellable," argued that Republicans supported his father "because he was the same skin color as his opponent."

WHAT DOES WARNOCK'S WIN MEAN TO GEORGIA, SENATE DEMOCRATS?

"A boring old Republican could have won," Christian Walker wrote. 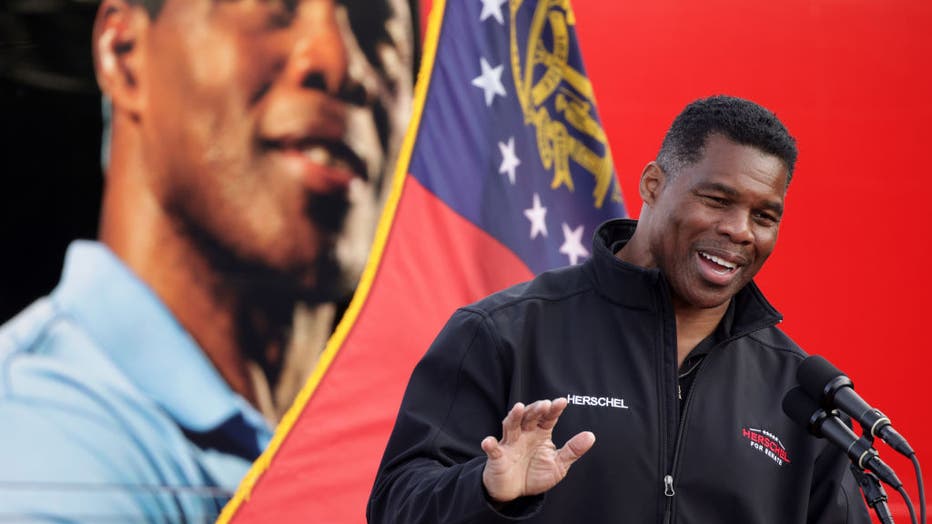 He ended his series of tweets with a tribute to his mother, Cindy DeAngelis Grossman, whose 2008 interview on ABC news was used in attack ads against his father.

During an interview with FOX 5 Atlanta's Russ Spencer before the 2022 GOP primary, Walker said he and his ex-wife are "the best of friends" and "the past is the past."

This is not the first time Christian Walker has been critical of his father. In October, he posted on Twitter accusing his father of abusive behavior and telling him to not "act like you are some moral family man" after allegations came out that Herschel Walker had paid for his girlfriend's abortion in 2009.

"I've stayed silent for nearly two years as my whole life has been lied about publicly. I did ONE campaign event, then said I didn't want involvement," the tweet reads. Don't you dare test my authenticity."

In another tweet, he added: "I don’t care about someone who has a bad past and takes accountability. But how DARE YOU LIE and act as though you’re some ‘moral, Christian, upright man.’ You’ve lived a life of DESTROYING other peoples lives. How dare you."

At the time, Herschel Walker denied the allegations and responded by tweeting, "I LOVE my son no matter what." Neither Herschel Walker nor his campaign have responded to Tuesday night's comments from Christian Walker.