Coast Guard rescues boaters off coast of Cape May

The U.S. Coast Guard has released video of their efforts to rescue several boaters off the coast of Cape May, New Jersey on Sunday.

CAPE MAY, N.J. - The Coast Guard rescued seven people from a sport fishing boat, which struggled in the weather on Sunday.

The group of people were discovered approximately 69 miles southeast of Cape May.

The initial report came in at 1:19 and stated that a 40-foot sport fishing boat had been beset by weather and were struggling in sea that reached up to approximately 10 feet.

A small craft advisory was issued for the area and indicated 4-to-6-foot seas with winds gusting up to 30 knots. 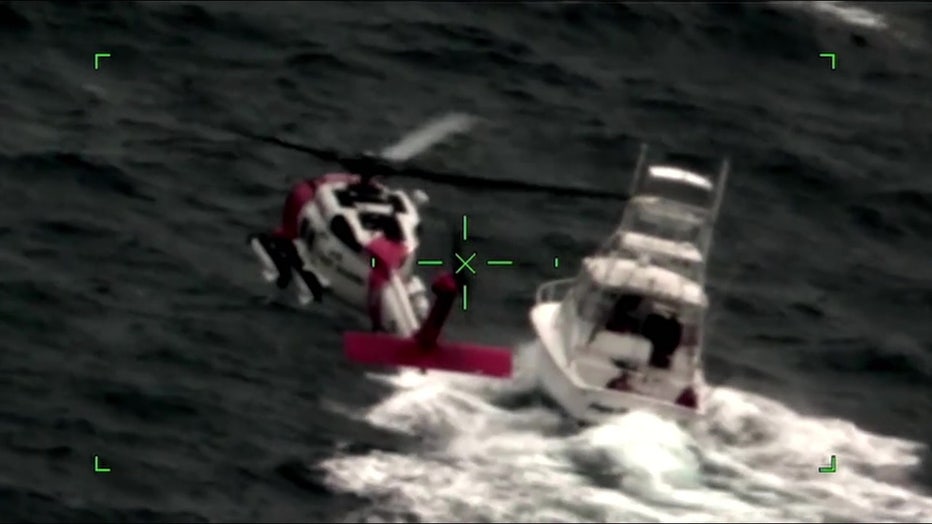 All seven people were hoisted and taken to Coast Guard Air Station Elizabeth City where local EMS was standing by to assist.

Authorities credit the well preparedness of the group for the safe rescue.

"One of the scariest and most unpredictable places you can be is out on the water in a storm," said Petty Officer 1st Class Christopher Petrenko, an operations specialist with the Sector Delaware Bay command center. "Fortunately, they had life jackets, a registered EPIRB and a radio, which they used to call for help. If any one of those pieces had been missing, we might not have been as successful as we were."