FOX 29's Dawn Timmeney has an update to a story we told you about last month.

COLLINGDALE, Pa. - A single mom of six was surprised with a new van after her car was vandalized and someone stole her tires in Collingdale.

Last month, Lori Wilson, of Collingdale, had no choice but to walk her children from day care after someone smashed in the rear window of her car. It was parked in front of her apartment on Chester Pike when it was vandalized. Sadly, just when she had saved enough money to replace it someone stole the tires right off the car. 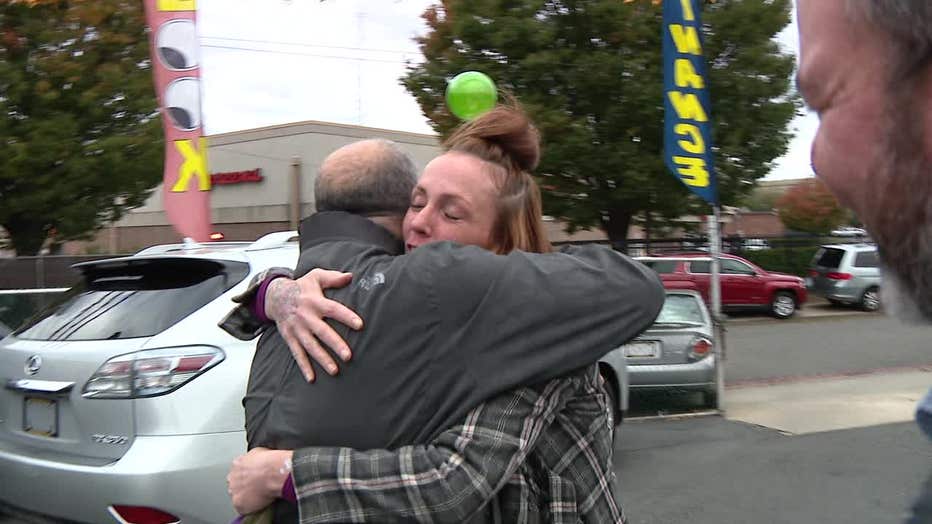 Wilson had no idea what she was going to do but some Guardian Angels happened to be watching FOX 29 news that night.

"We saw the story. I felt bad. I knew there was something we had to do to help her out," John Abbruzzi said.

The owners of Active Auto Sales in Kensington, a family run business for 36 years, offered to buy Wilson four new tires and make any repairs. However, towing the car, they realized it was too far gone, so that's when they decided they would give her a used minivan.

"Just from one family to another. We've been here long, we're family. It just felt right to be honest," co-owner Aaron Bolot said.

Wilson overwhelmed by the kindness of two complete strangers who she now considers family.

"I never thought anything like this would ever happen to me. I can't even believe it. Tomorrow morning, I'm going to look outside and say is this real?" she said.

Besides getting new wheels, a person who wants to remain anonymous donated six months car insurance for Wilson and an alpha warranty gave her a three-year unlimited mileage warranty. They say it takes a village and Wilson has quite a village on her side now.