Universal Orlando's fourth theme park is back under construction after stopping during the pandemic. Universal Orlando announced on Wednesday that work is resuming on its Epic Universe.

ORLANDO, Fla. - It looks like Universal Orlando's fourth theme park is back under construction after stopping during the pandemic.

Universal Orlando announced on Wednesday that work is resuming on its Epic Universe. The company says the restart will begin immediately but is expected to take several months before reaching full-speed "as Universal re-staffs for the project and reassembles its vendor and contractor teams."

Universal says the restart will result in hundreds of jobs within Universal and thousands of jobs across Central Florida. The theme park will also create more than 14,000 permanent jobs in addition to the thousands of jobs that will be created during its development.

"The restart of construction of Epic Universe is a terrific moment for our employees and for our theme park business in Florida," said Brian L. Roberts, Chairman and CEO of Comcast Corporation.  "It is our single-largest investment in the state and represents our enthusiasm for the spectacular park and the economic opportunities it will generate." 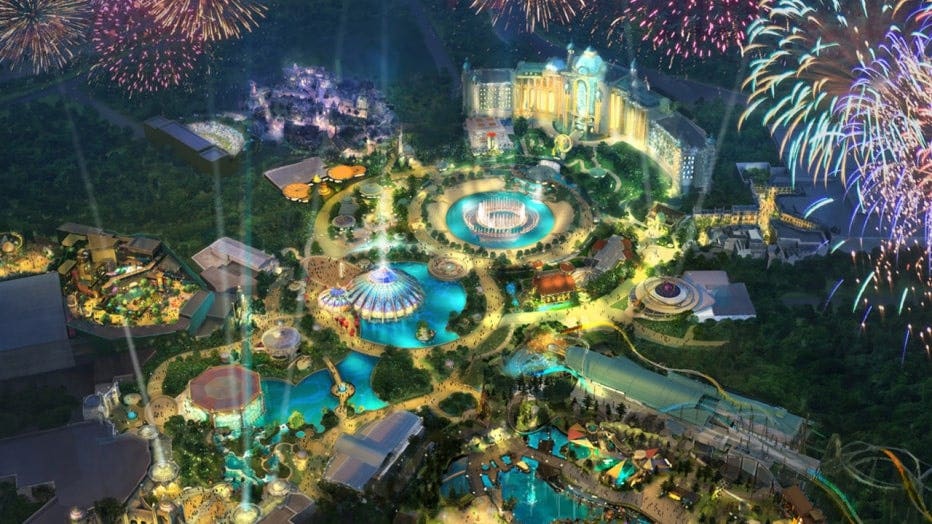 "We are excited to begin work on Epic Universe again and for what this moment means for our industry, our community, our business and our team members," said Tom Williams, Chairman and CEO for Universal Parks & Resorts. "Our confidence in our collective future is as strong as ever."

"Our community has so many talented workers who will benefit from this massive project.  I am confident it will deliver a huge economic boost to Orange County."

The new park was set to open in 2023. Orange County officials said last year that has been delayed by at least a year.

Theme park fans say once it opened, the new park would be an exciting addition to Universal Orlando.

"They've said the Super Nintendo Land is coming to Orlando, so we're 90% percent sure it's gonna be in that park, that'll be huge unto itself -- besides all the other lands that are gonna be in there," said Matt Rosenboom, editor of Attractions Magazine, which covers the theme park industry.