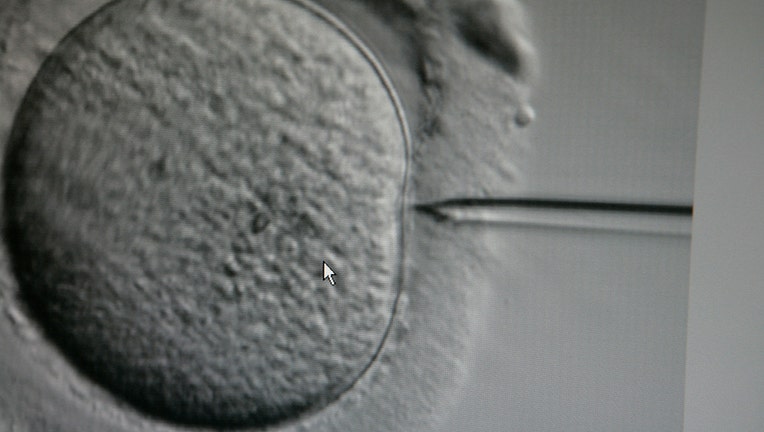 (FOX NEWS) -- A New York couple who gave birth to twins in March after traveling to Los Angeles to undergo in vitro fertilization has filed a lawsuit against the clinic claiming that a mix-up resulted in them giving birth to another couple’s children, which they then had to give up.

The couple, identified in the lawsuit as A.P and Y.Z., say that they first consulted CHA Fertility Center in January 2018, and that a first attempt at in vitro fertilization in July failed. According to The New York Post, a second attempt just a month later was successful, but the couple claims that they raised alarm early on in the pregnancy after they were told they were carrying twin boys, as they had only unfrozen two female embryos.

But Dr. Joshua Berger and Simon Hong, co-owners of CHA Fertility Center, allegedly told the couple that the sonogram was “not a definitive test,” with Berger reportedly relaying a similar story involving his own wife to the expectant parents, The New York Post reported.The couple claims they were assured that they were expecting twin girls throughout the pregnancy.

But on March 31, 2019, A.P gave birth to twin boys via cesarean section. Immediately, A.P and Y.Z. realized that the boys did not share their Asian ethnicity. A genetic test conducted by CHA Fertility Center personnel who flew to New York after the birth reportedly confirmed that the boys were not genetically related to A.P. or Y.Z.

“The testing also confirmed that the two male babies were not genetically related to each other,” the Post said the lawsuit claims.

According to the lawsuit, the couple was forced to give custody of each child to their biological parents, who are also clients of CHA Fertility Center. They also do not know what became of their two female embryos.

"From a physician standpoint, from the actual extraction and retrieval to transfer, there are so many steps that are involved through that process," Dr. Jessica Shephard, and OB/GYN who was not involved in the case told Fox News. "Whether it's with the geneticists, whether it's with the lab technicians, we all do have a responsibility to ensure that the actual transfer is going to the right person."

The couple reportedly spent over $100,000 on fees and travel expenses associated with the clinic, and have suffered “permanent emotional injuries from which they will not recover.”