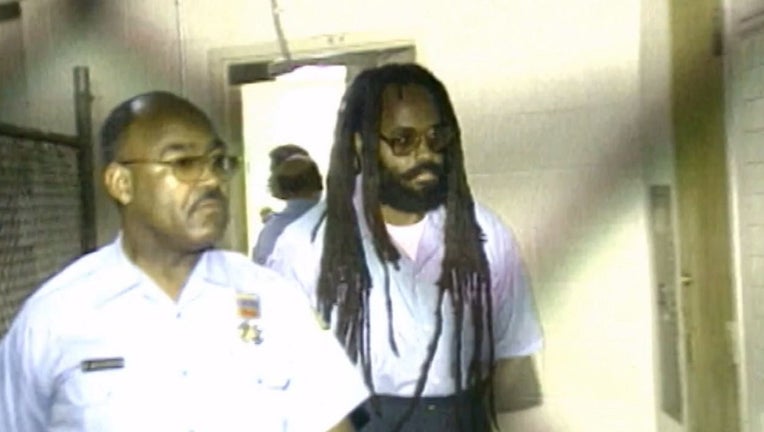 HARRISBURG, Pa. - Pennsylvania's highest court on Monday said it will appoint someone to review a police widow Maureen Faulkner's request to remove the Philadelphia district attorney's office from the case of the man convicted of killing her husband.

The Supreme Court announced it will appoint a special master and put a freeze on all proceedings involving Mumia Abu-Jamal's conviction for the 1981 shooting death of Philadelphia Officer Daniel Faulkner during a traffic stop.

Abu-Jamal, 65, is serving life at the State Correctional Institution-Mahanoy, after his previous death sentence was overturned.

Maureen Faulkner asked the court in November to have the attorney general's office take over the appeals, arguing that Philadelphia District Attorney Larry Krasner should be disqualified because of purported conflicts of interest.

Faulkner's lawyer, George Bochetto, said in a release Monday that the court-appointed special master should investigate alleged actions by Krasner and others in his office "in support of protestors seeking Jamal's freedom" and, in one case, representing him. A former Black Panther and radio journalist, Abu-Jamal's case inspired protests around the world in the 1990s.

In seeking the high court's action in November, Bochetto wrote that “obvious conflicts of interest” in the office “have gone unaddressed."

“Indeed, since both Krasner and Jamal are apparently satisfied to march side-by-side through the legal proceedings while ignoring the current conflicted representation and the numerous appearances of impropriety, the ethical crisis may never be judicially addressed unless this court acts," Bochetto said.

Krasner spokeswoman Jane Roh declined comment Monday on what she called litigation, but the prosecutor's office responded in a December filing that there should be a high standard for removing a duly elected district attorney from a case.

“In this case, the Philadelphia district attorney respectfully submits, that burden has not been met," the prosecutors argued.

Three of the seven justices did not participate in the decision — Thomas Saylor, Max Baer and Debra Todd.