A Florida man captured the invasion of hundreds of crabs at his home in Port St. Lucie.&nbsp;

PORT ST. LUCIE, Fla. - A Florida man captured the invasion of hundreds of crabs at his home in Port St. Lucie.

Dan Skowronski posted video of the crabs crawling all over his backyard porch screen on Facebook. 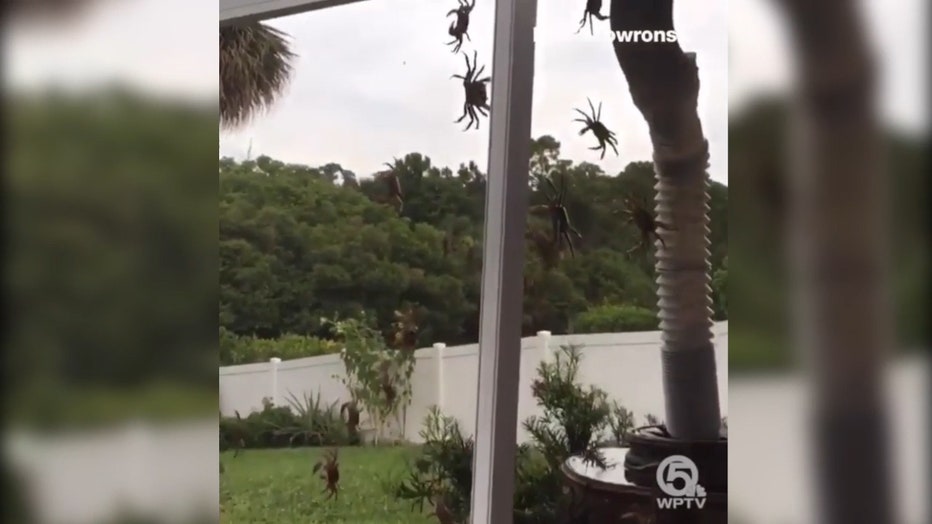 They were not only on his home, they were scurrying all over his property, according to WPTV.

"I post some goofy stuff with my friends on Facebook and I thought they would get a good kick out of this," Skowronski told WPTV. "And they really got shocked and amused out of this, so I thought, maybe I should forward this to somebody and they might like it too."

Skowronski said after heavy rains hit his area, the crabs were forced to evacuate their burrows and they ended up in his yard.

Eventually, the crabs cleared out.