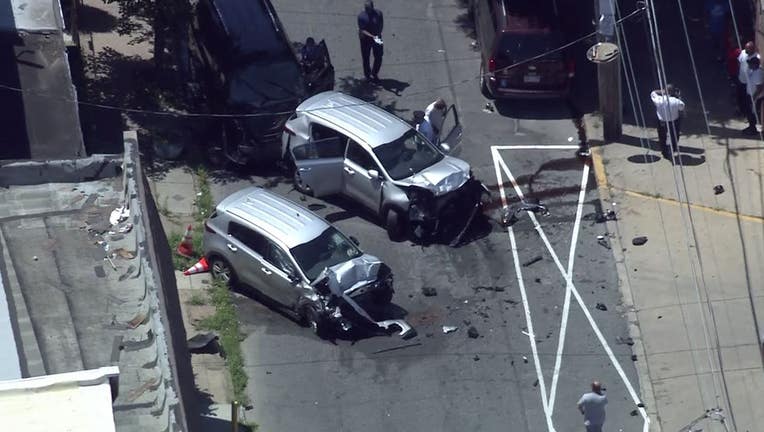 FRANKFORD - Crews are on the scene of a multi-vehicle crash involving a Philadelphia police car in Frankford.

The driver was transported to a local hospital. Their condition is unknown.

No injuries were reported on the part of the officer.