NORRISTOWN, Pa. - The Montgomery County DA announced the arrests of two men and a woman accused of operating a corrupt organization that was trafficking firearms as well as trafficking cocaine and methamphetamine.

Residents say strangers in cars with out-of-state plates came and went at all hours to the North Wales home of Gaime Hailemichael. Investigators say the 25-year-old was running a home business moving drugs and guns. 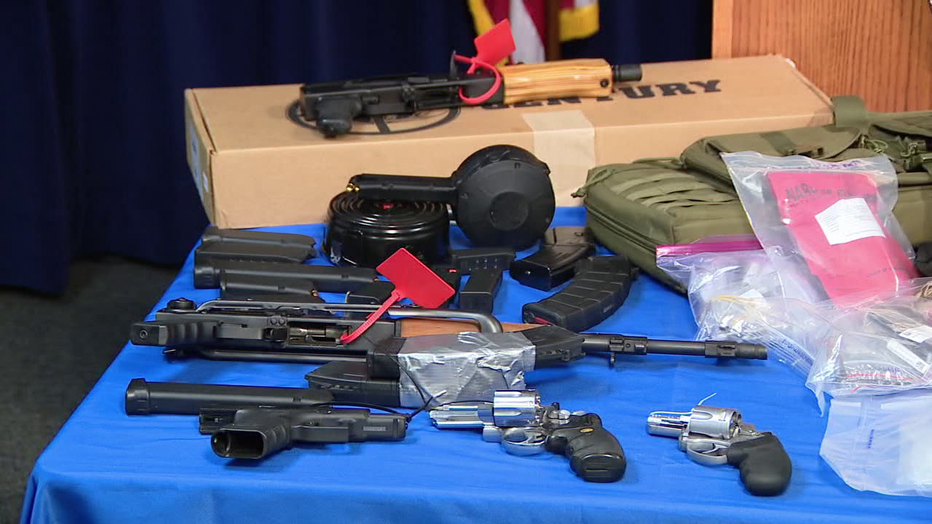 "Drugs and guns go together. This gun—this AK-47—was hanging on the wall in the defendant's house where he had this bulk of cocaine," Montgomery County District Attorney Kevin Steele said.

The DA has charged Hailemichael, 31-year-old Philip Jensen and 31-year-old Monica Kumpf with gun and drug trafficking, but it's how the men allegedly got the weapons that has the DA deeply concerned. Investigators say they were unable to buy guns legally because of their criminal pasts, the DA alleges the men directed Kumpf to buy 11 weapons in as many days, so they could put most of them on the street.

"There’s eight firearms out there that went through the hands of these criminals and any of those guns can be used to commit a crime," DA Steele said.

A worker at a Norristown gun shop tells FOX 29 when Kumpf bought several pistols in two visits in April they called law enforcement—fearing a straw purchase. She was arrested on a return visit, according to investigators.

Steele praised gun shop owners for blowing the whistle but appeared frustrated at the firepower on the street and the ability for criminals to get them.

"It’s not illegal to make multiple purchases of guns that’s one of the things we’re dealing with here," Steele said.