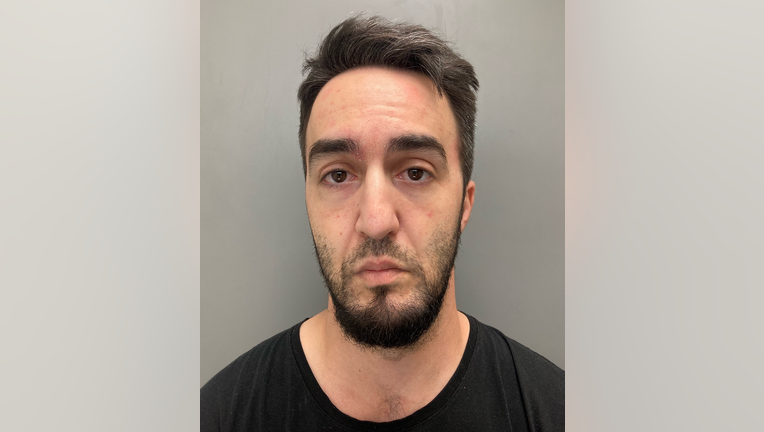 NORRISTOWN, Pa. - A Montgomery County man is facing charges after prosecutors say he severely beat his 2-month-old son, leaving the infant with subdural hemorrhages, bruising and lacerations to his liver, and bruising on multiple areas of his body.

Upper Merion Township Police and Montgomery County Detectives on Tuesday responded to Children’s Hospital of Philadelphia (CHOP) when doctors allegedly found "inflicted injuries" on Landon after he was brought in by his parents.

According to prosecutors, Landon had injuries to multiple organ systems including rib fractures, bilateral subdural hemorrhages, bruising and lacerations to his liver, and bruising on multiple areas of his body.

During an investigation, detectives reviewed videos from inside a room in the couple's Montgomery County home where the alleged assault of Landon occurred.

Prosecutors say Daniel Rohloff is seen entering the room with Landon contently in his arms before he places a towel over the camera. Landon is suddenly heard alternating between periods of intense crying and silence before Rohloff uncovers the camera and leaves the room holding Landon, according to investigators.

Prosecutors say the home cameras also captured a heated argument between Daniel and the child's mother, during which objects could be heard breaking. The unnamed mother was heard yelling at Daniel to hand over the baby and threatened to call the police.

Investigators say she eventually left the home just before 10 p.m. Monday but returned around midnight when Daniel texted her that Landon was having seizures. The couple drove the Landon to CHOP after he suffered another round of seizures early Tuesday morning, according to investigators.

"Baby Landon was cruelly and severely injured at the hands of this defendant, who as his father had a duty to protect him," DA Steele said. "We will seek to hold him responsible for his actions."

Daniel Rohloff is being held at the Montgomery County Correctional Facility on $1M bail, according to the district attorney's office. He is due back in court on Aug. 9.