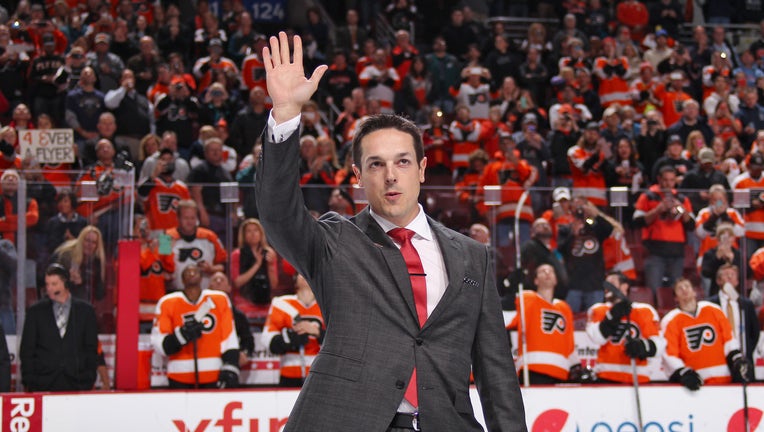 PHILADELPHIA, PA - OCTOBER 27: Former Philadelphia Flyer and Buffalo Sabre Daniel Briere acknowledges the crowd during a pre-game ceremony honoring his retirement from the NHL on October 27, 2015 at the Wells Fargo Center in Philadelphia, Pennsylvani

The 44-year-old Briere, who retired after the 2014-15 season, will be involved in all aspects of the club’s hockey operations, including scouting and player development. He joins the Flyers operations staff after parts of five years with the Maine Mariners of the ECHL, most recently as team president.

"I’m excited for this new opportunity to join the Flyers hockey operations department," Briere said. "Philadelphia is a place that I’ve called home for a long time and have had some of the most memorable moments in my career. I want to thank Chuck Fletcher and Dave Scott for their confidence and support over the last several years, and I look forward to helping them continue to build a successful team on and off the ice."

Briere spent six seasons as a member of the Flyers after he joined them as a free agent on July 1, 2007. He had 124 goals and 159 assists for 283 points in 364 regular-season games and helped lead them to the 2010 Stanley Cup Final. He led all players in that postseason with 30 points in 23 games, which set a franchise record for most points in a single postseason.

Briere spent 17 years in the NHL and had 307 goals and 389 assists for 696 points in 973 regular-season games with the Phoenix Coyotes, Buffalo Sabres, Flyers, Montreal Canadiens, and Colorado Avalanche.