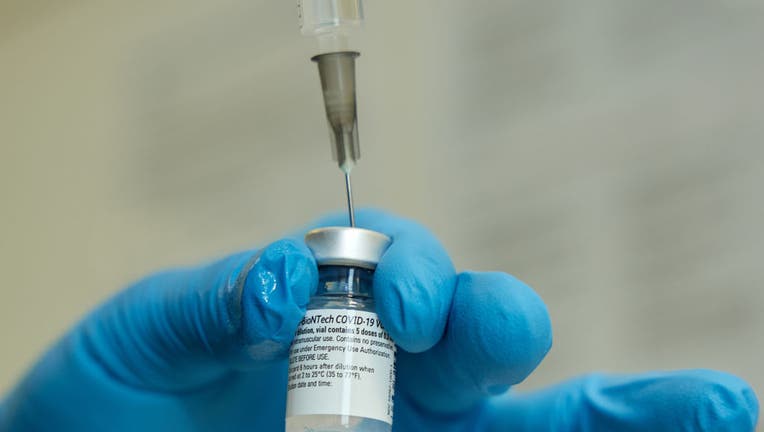 AUGSBURG, GERMANY - JANUARY 25: (BILD ZEITUNG OUT) the Pfizer-BioNTech vaccine is seen during the vaccination of persons entitled to vaccinate on January 25, 2021 in Augsburg, Germany. (Photo by Peter Fastl/DeFodi Images via Getty Images)

DOVER, Del. - Health officials in Delaware say that they vaccinated 11,154 people over the weekend at events that were held in Delaware City and Georgetown.

The Delaware State News reported Sunday that some of the people who received shots were in the Phase IB group. That group includes seniors who are 65 years old and older as well as Phase 1A health care personnel.

Delays and confusion had plagued vaccination efforts earlier in the weekend. Some people said they had waited in their cars for several hours to get a shot.

The Delaware Division of Public Health said some of the delays were caused by people arriving without an appointment, or those who had appointments had failed to complete their pre-vaccination screening online before arriving.

State health officials said they implemented improvements to the process on Sunday that included separate lanes for Phase 1A healthcare workers. More personnel and laptops were also employed at one of the sites.