The president, a car enthusiast, took Ford's new all-electric version of its F-150 pickup truck called the Lightning for a quick test drive.

SAN ANTONIO - The DeLorean Motor Company has announced a sneak peek and reveal date of their new electric vehicle.

According to the company, the concept car is slated to premiere on August 18 at the Awards Ramp at the Pebble Beach Concours d’Elegance.

"Excitement is rising like the doors of our iconic sports car, and we are revealing the next generation prototype 3 days earlier than planned on the most prestigious stage at Pebble beach" said Troy Beetz, the company’s chief marketing officer. 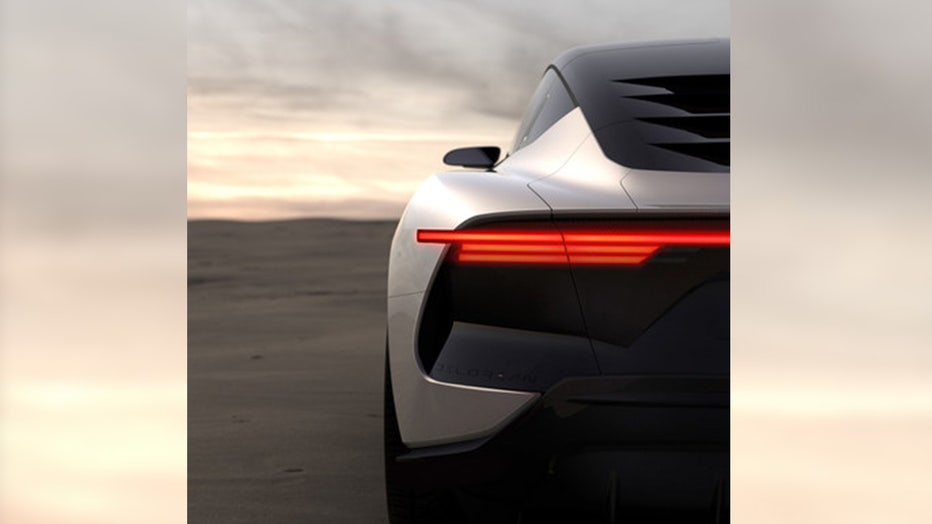 Ahead of its reveal in August, DeLorean released a teaser of the first official image of the electric vehicle on Friday. The photo showcases the left shoulder and back tail light of the concept car.

RELATED: Gas vs. electric vehicles: Advantages of each car as gas prices soar

The company said the past, present, and future of DeLorean will unfold over the duration of Monterey Car Week through a series of activations and events showcasing the vehicle. Along with the reveal, DeLorean will also announce the official name of the vehicle.

The future of electric vehicles

EVs have been in the spotlight recently as the Biden administration steers the country toward an electric-car future and as gas prices continue to soar at the pump.

On Friday, Jeep announced it would debut its all-electric SUV concept Jeep Wrangler Magneto 2.0 at the Easter Jeep Safari off-road festival in Moab, Utah, on April 9 along with six other custom vehicles meant to showcase Jeep parts and possibilities for future models.

The Magneto is built on a Wrangler frame that's been stretched by a foot to fit its new powertrain, which includes four battery packs with a combined capacity of 70 kilowatt-hours and a flux axial electric motor rated at 625 hp and 850 lb-ft of torque that drives the wheels through a conventional six-speed transmission and 4x4 system.

RELATED: Electric Ford F-150 Lightning: Here's how much money it saves over gas

A window sticker for an entry-level $41,669 F-150 Lightning 4x4 with a standard range battery that provides 230 miles of driving per charge that was posted to an F-150 fan forum shows the EPA figures for energy efficiency and the annual cost of electricity a typical owner will use.